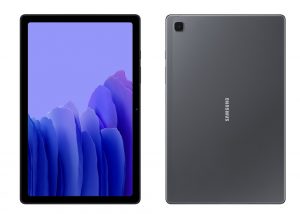 We often forget that Samsung is more than a smartphone company. While most people know them for their electronics, Samsung Electronics in itself is a subsidiary of the larger Samsung Group, which in Korea is referred to as a chaebol (in Korean chaebol means rich family), the word is used to describe big family-owned conglomerates that offer a variety of services that range from electronics, insurance, telecommunications, automotive production and so on.

Now with the history lesson out of the way, today we have for you a review of the less expensive, made for the masses Samsung Galaxy Tab A7, the little brother to the S7, in our opinion. While the specs on it aren’t as impressive, for its price the device more than meets the expectations, and if you’re looking for a mid-range tablet, this one might just be for you.

You can check the current price of the Samsung Galaxy Tab A7 here: Buy from Amazon.com (#CommissionsEarned)

The tablet arrived in a white box with the Samsung brand on the top and a picture of the device. The first thing that greets us is the tablet itself and below it, there is some paperwork and a sim card ejector on one side and the 7.5W charging brick and a USB-A to USB-C cable on the other. 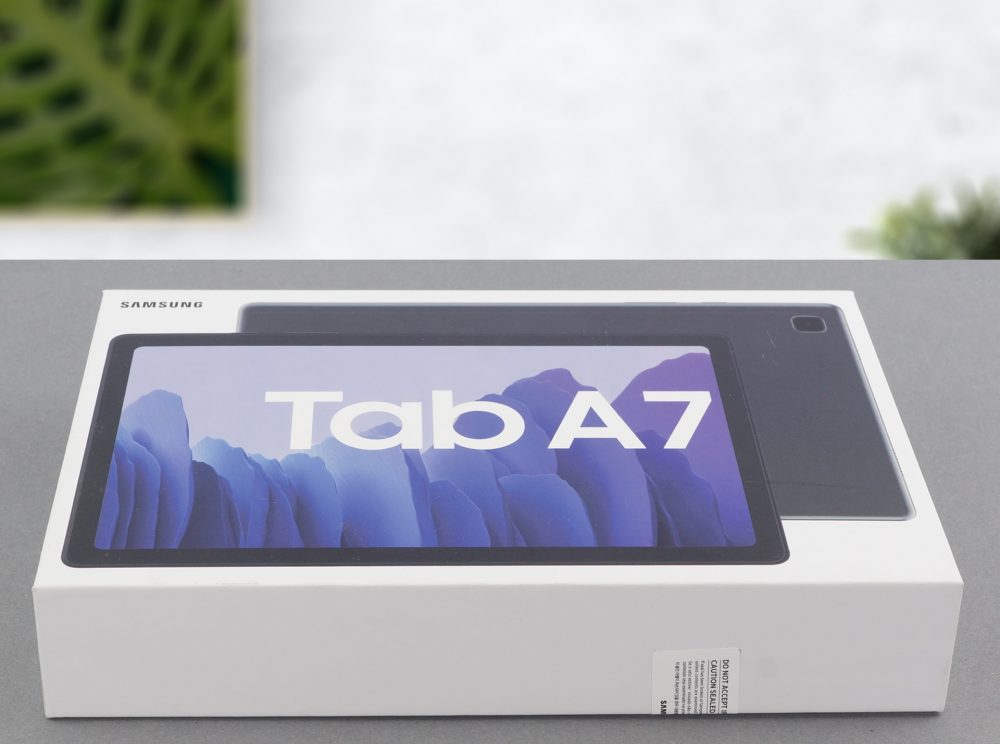 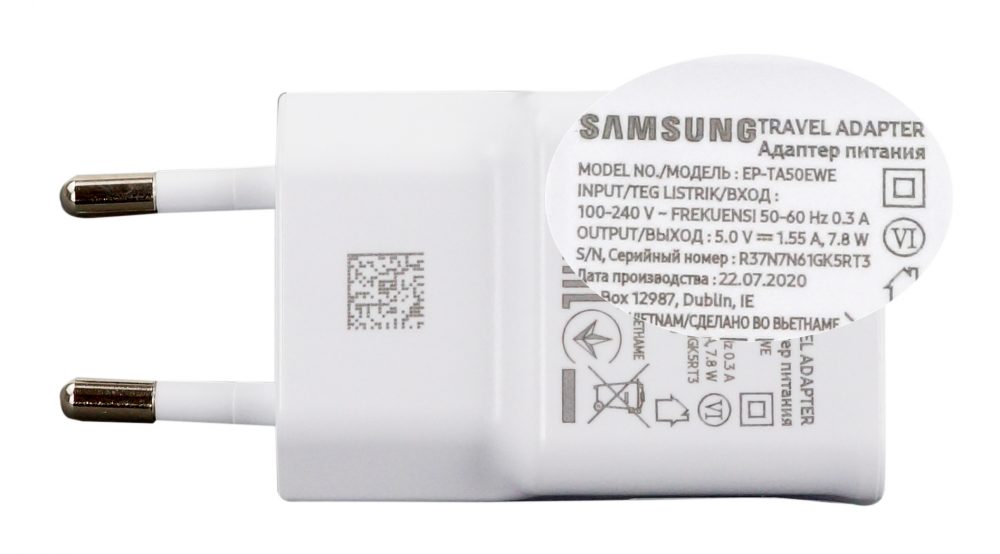 While the device doesn’t look as stunning as its older sibling, it’s no slouch. It still features an aluminum unibody design, which doesn’t flex and the tablet is generally very durable. On the front, while the bezels are the first thing to come to mind, but let’s be real, with a device of these proportions you need somewhere to hold it by. If the bezels were thinner, there would be an issue of accidental taps on the screen, which ruin the user experience.

On the back, you also can find the 8MP rear camera and that’s pretty much it. Since this tablet doesn’t come with an S-pen we are missing the glass stripe which is used to hold it. There is a plastic stripe, that runs on the side of the device, where the camera is, which we believe houses the antenna lines. 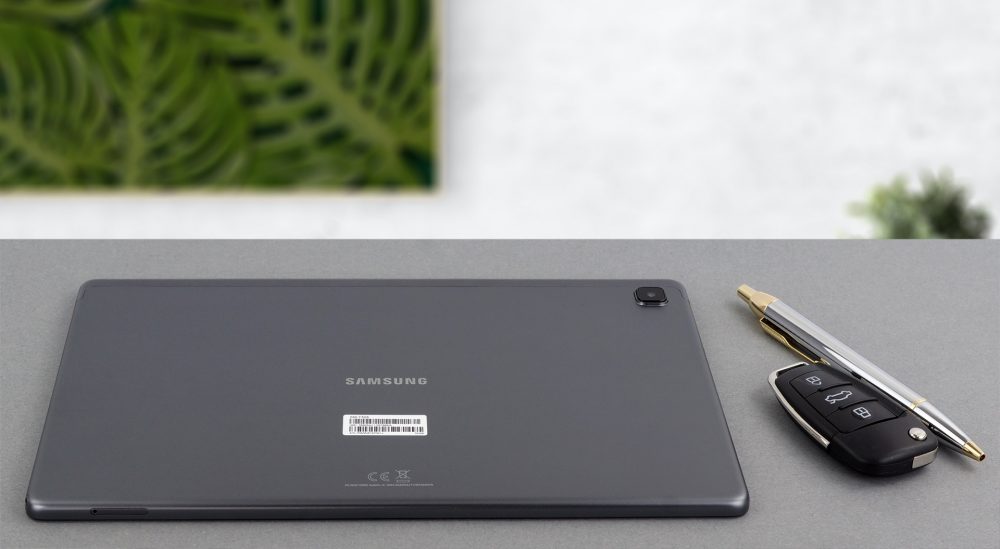 The sides of the devices house the power button and volume rocker, the headphone jack, one USB-C 2.0 port microphone, speakers, and the Nano-SIM card and microSDXC card slot.

Optional accessories include a book cover, a keyboard, and a stylus pen. 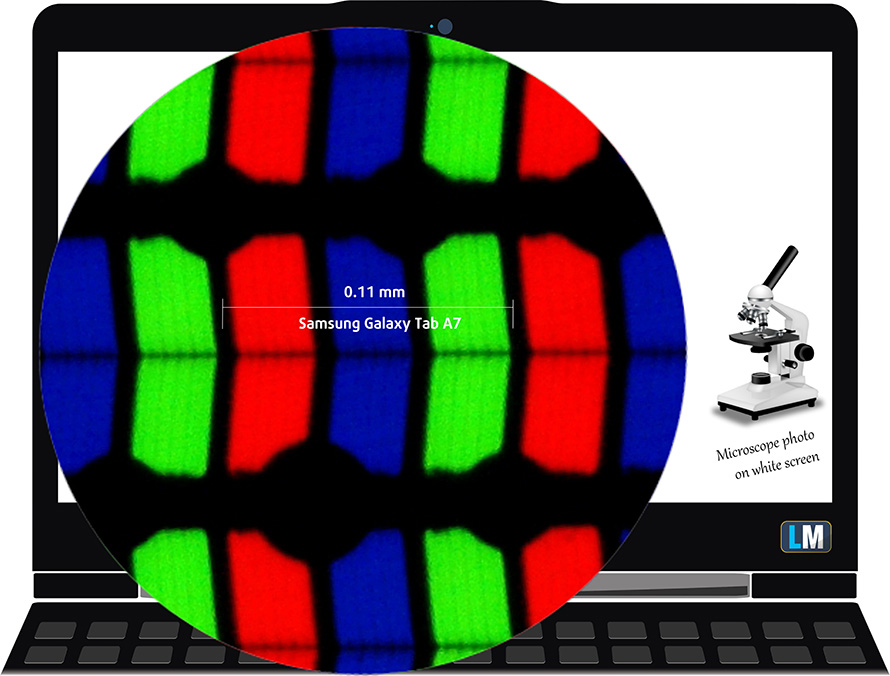 Samsung Galaxy Tab A7 10.4 (2020) has comfortable viewing angles. We have provided images at 45 degrees to evaluate quality.

The maximum measured brightness is pretty high – 360 nits (cd/m2) in the middle of the screen. The Correlated Color Temperature on a white screen and at maximum brightness is 7930K – colder than the 6500K optimum for sRGB. The measured contrast ratio is also very good – 1730:1.

To make sure we are on the same page, we would like to give you a little introduction to the sRGB color gamut and the Adobe RGB. To start, there’s the CIE 1976 Uniform Chromaticity Diagram that represents the visible specter of colors by the human eye, giving you a better perception of the color gamut coverage and the color accuracy.

Inside the black triangle, you will see the standard color gamut (sRGB) that is being used by millions of people in HDTV and on the web. As for the Adobe RGB, this is used in professional cameras, monitors, etc for printing. Colors inside the black triangle are used by everyone and this is an essential part of the color quality and color accuracy of a mainstream notebook.

Still, we’ve included other color spaces like the famous DCI-P3 standard used by movie studios, as well as the digital UHD Rec.2020 standard. Rec.2020, however, is still a thing of the future and it’s difficult for today’s displays to cover that well. We’ve also included the so-called Michael Pointer gamut, or Pointer’s gamut, which represents the colors that naturally occur around us every day. 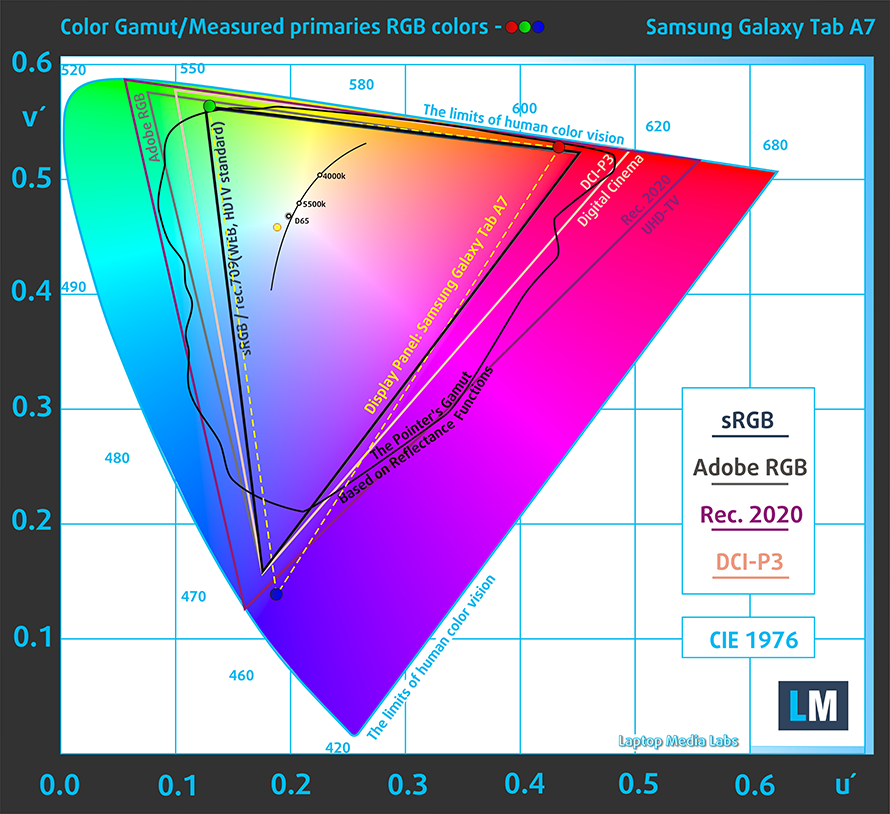 We tested the accuracy of the display with 24 commonly used colors like light and dark human skin, blue sky, green grass, orange, etc.

Below you can compare the scores of Samsung Galaxy Tab A7 10.4 (2020) against the sRGB standard. 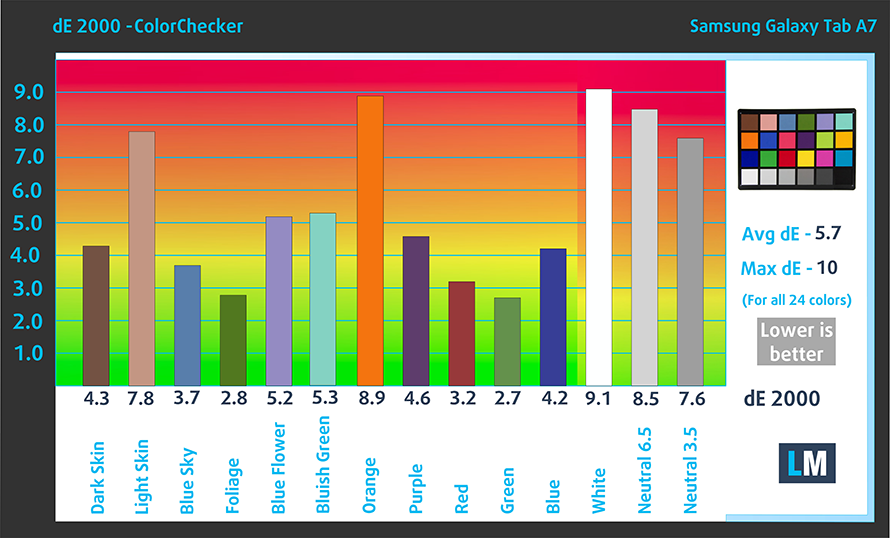 We test the reaction time of the pixels with the usual “black-to-white” and “white-to-black” method from 10% to 90% and vice versa. 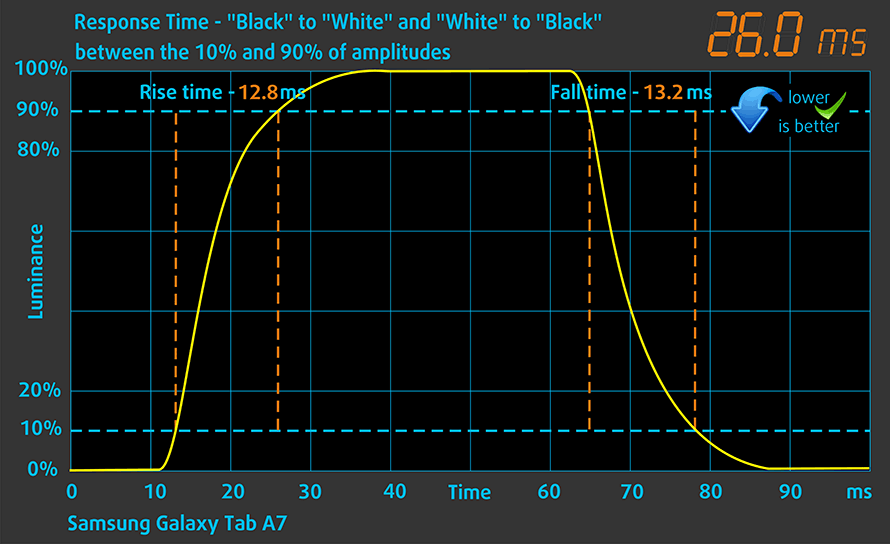 Pulse-width modulation (PWM) is an easy way to control monitor brightness. When you lower the brightness, the light intensity of the backlight is not lowered, but instead turned off and on by the electronics with a frequency indistinguishable to the human eye. In these light impulses, the light/no-light time ratio varies, while brightness remains unchanged, which is harmful to your eyes. You can read more about that in our dedicated article on PWM.

Samsung Galaxy Tab A7 10.4 (2020)’s display doesn’t use PWM to adjust its brightness values at any point. This makes it comfortable for long working periods while being comfortable with your eyes in this aspect. 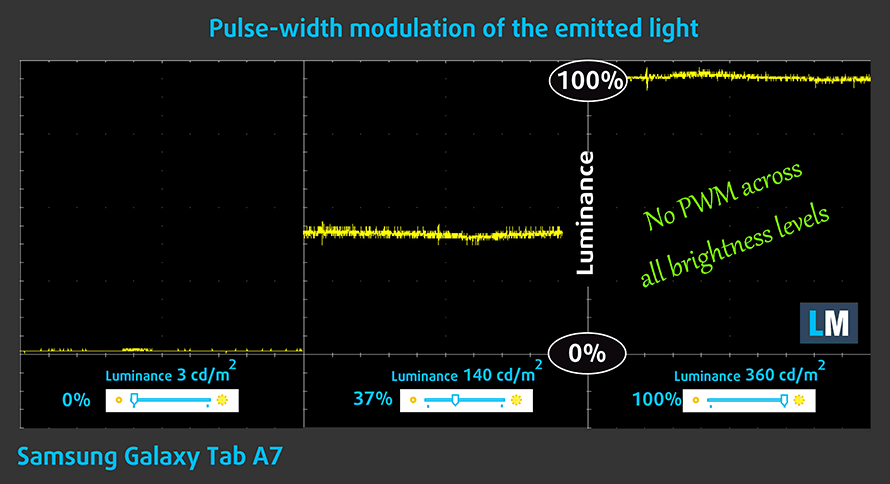 With its quad-speaker setup, the Tab A7 produces clear and rich audio. This one definitely surprised us in a good way, since, with most budget devices, the speakers are one of the first things to get the axe when manufacturers are deciding where to cut costs. In our tests, the low, mid, and high frequencies were clear of deviations. 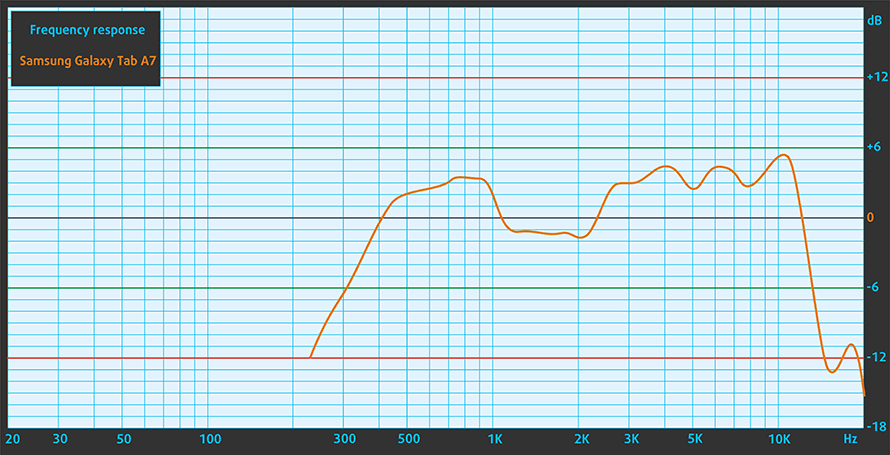 Out of the box, the tablet comes with Android 10, with Samsungs proprietary One UI 2.1. The device is confirmed to be getting Android 11, but no date has been specified as of the month of November. 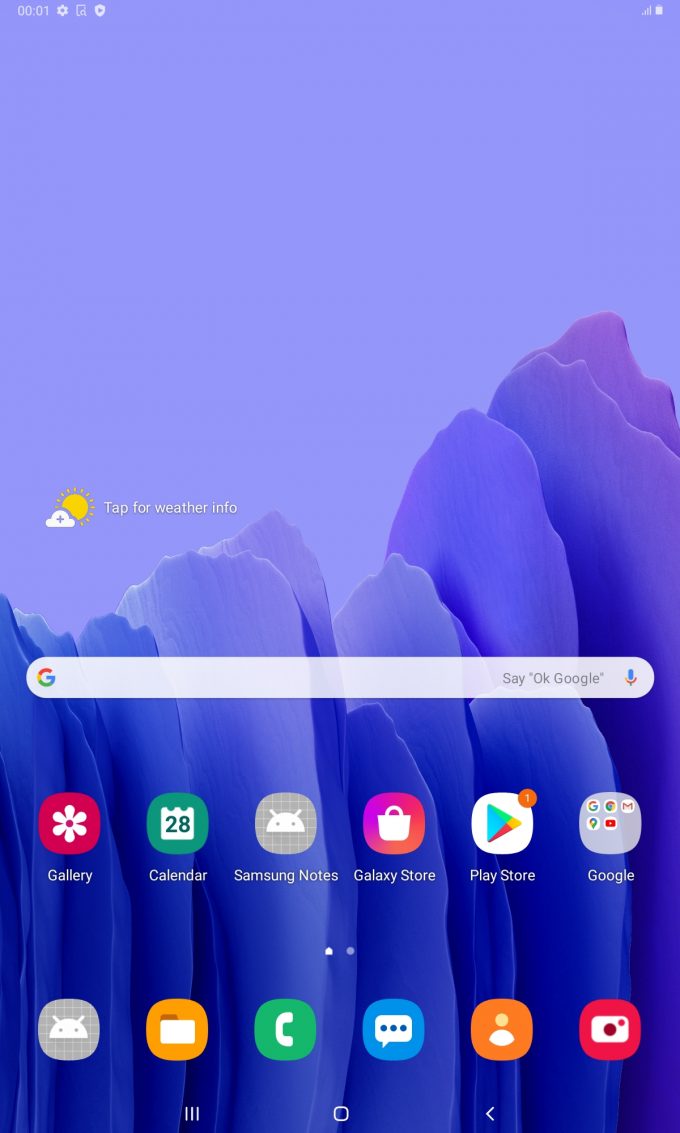 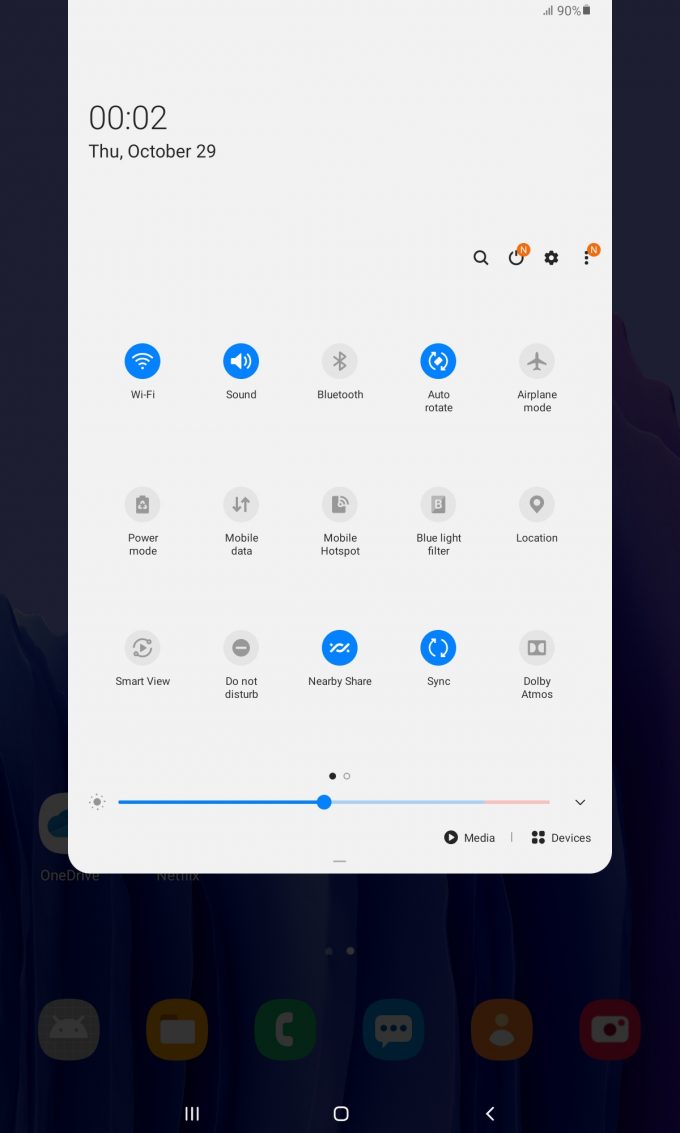 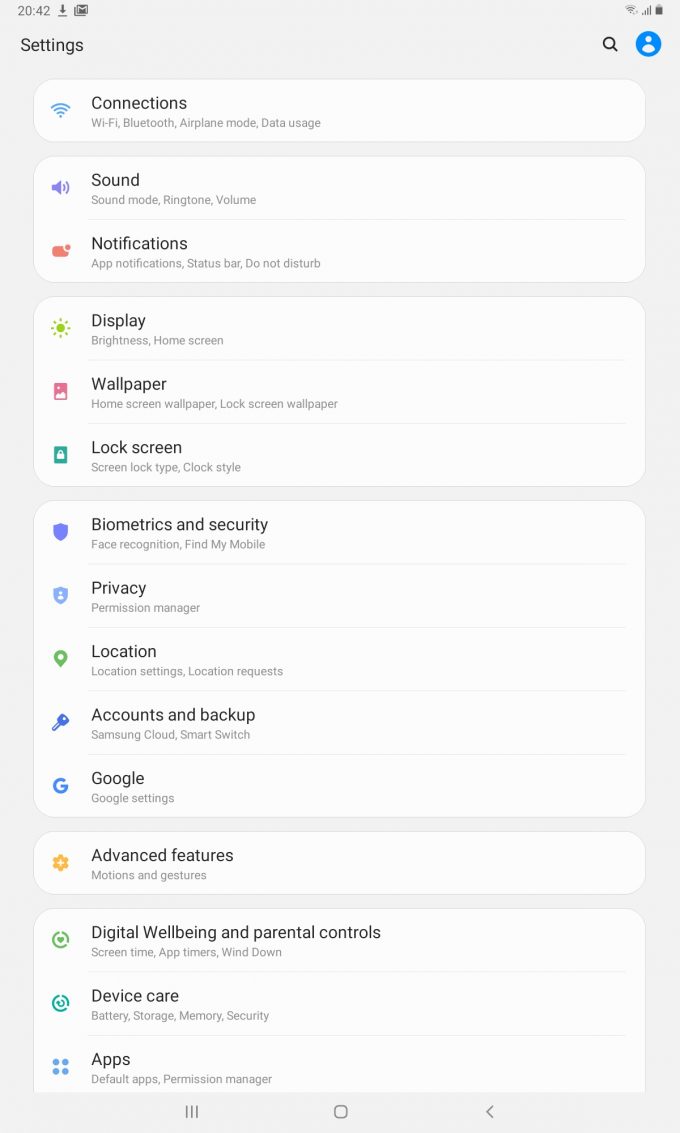 In the GFXBench battery lifetime test the Tab A7 managed to last 346 minutes or 5 hours and 46 minutes. Now for a device of this caliber, it is quite enough and it should last you a whole day without charging.

Samsung has decided upon the Qualcomm Snapdragon 662 for the SoC of this device. It features 8 Kryo 260 Cores that use the big.LITTLE architecture. Basically, the cores are divided into two clusters with 4 cores clocked at 1.8GHz for power-efficiency and 4 cores clocked at 2.0GHZ for performance.

With the Snapdragon 662, comes the Adreno 610, that has an LPDDR4 memory controller, and supports Wi-Fi 5, Bluetooth 5, and LTE.

Below we have test footage of the tablet playing some of the most demanding games on mobile: Asphalt 9 and COD Mobile

The device comes with either 32GB or 64GB of internal storage, but with the microSD card slot, you should be able to upgrade it even further. 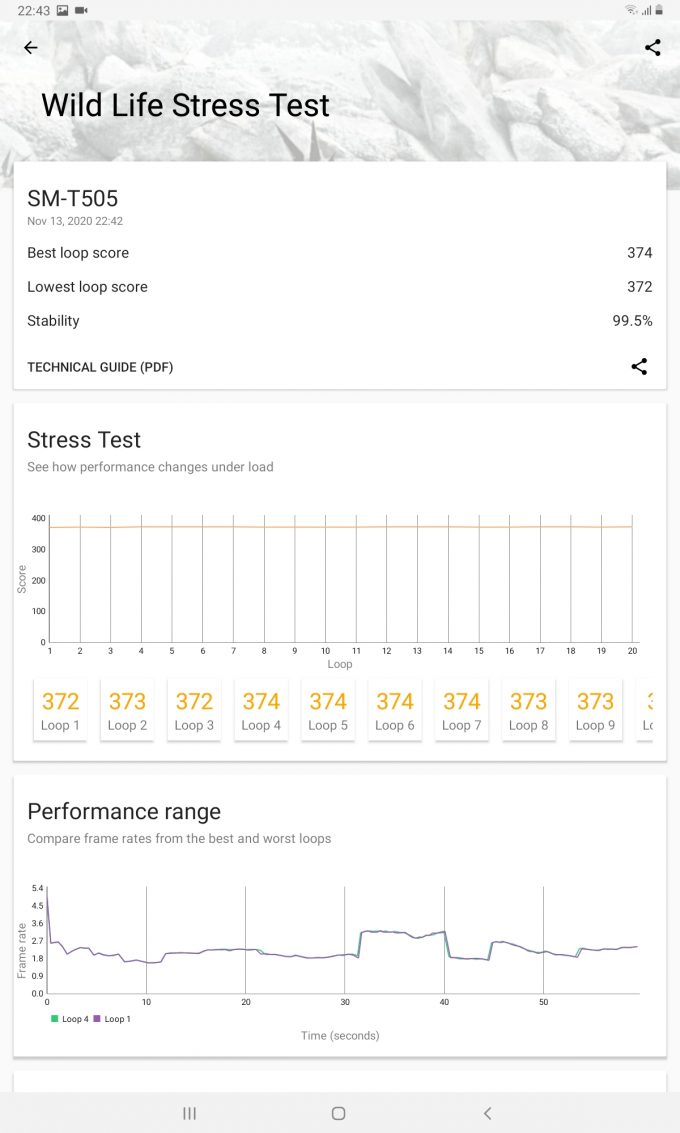 Now for a very important aspect of every mobile device: the camera. The rear 8MP camera captures good photos when the conditions are okay, for example when taking more close-up shots, you get good colors and great detail. However, with more zoomed-out shots, like landscape photos, you get some noise and the detail is less. The video capture on the camera is locked at 1080p@30fps and we have a sample video for you below. It doesn’t have OIS but the video is still ok for the price. 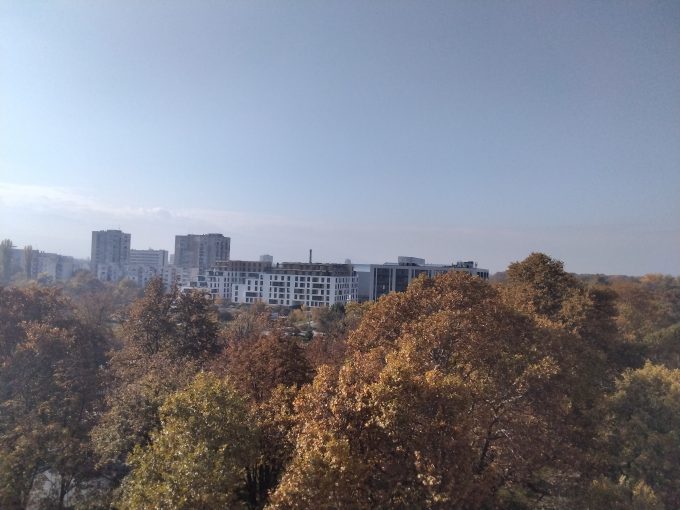 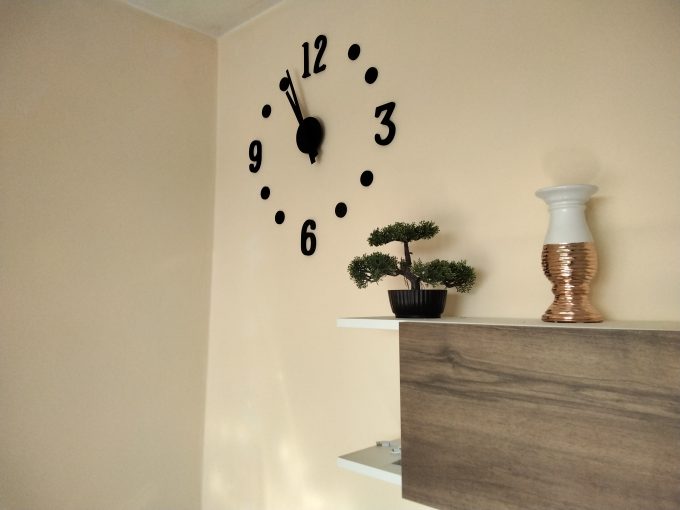 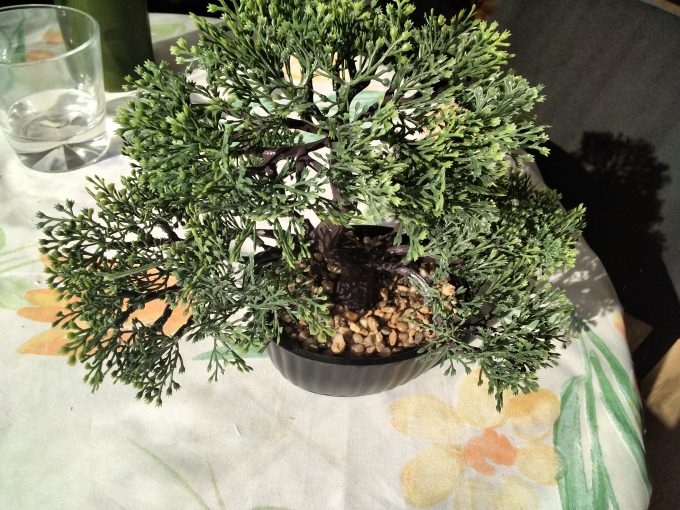 The front 5MP selfie camera, while it has a nice color representation and good detail, is average in terms of quality. As you can see below the face is somewhat smudged but otherwise, the hair is displayed well and for the price of the device the camera more than pulls its weight. 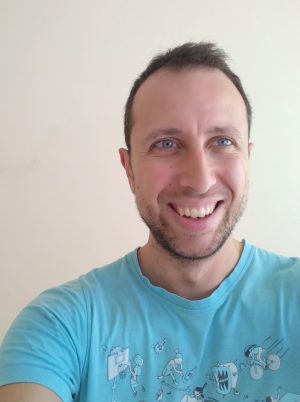 The camera app on the Tab A7 offers a variety of customization settings and switches for pretty much anything you could think of. The app’s UI mimics the one from the S7 and other Samsung phones. While the interface is simple and easy to navigate, there is a Pro mode where, if you know what you’re doing, you could tweak the settings just how you like it. Otherwise just leaving everything on Auto will get you the best results, for the common user. 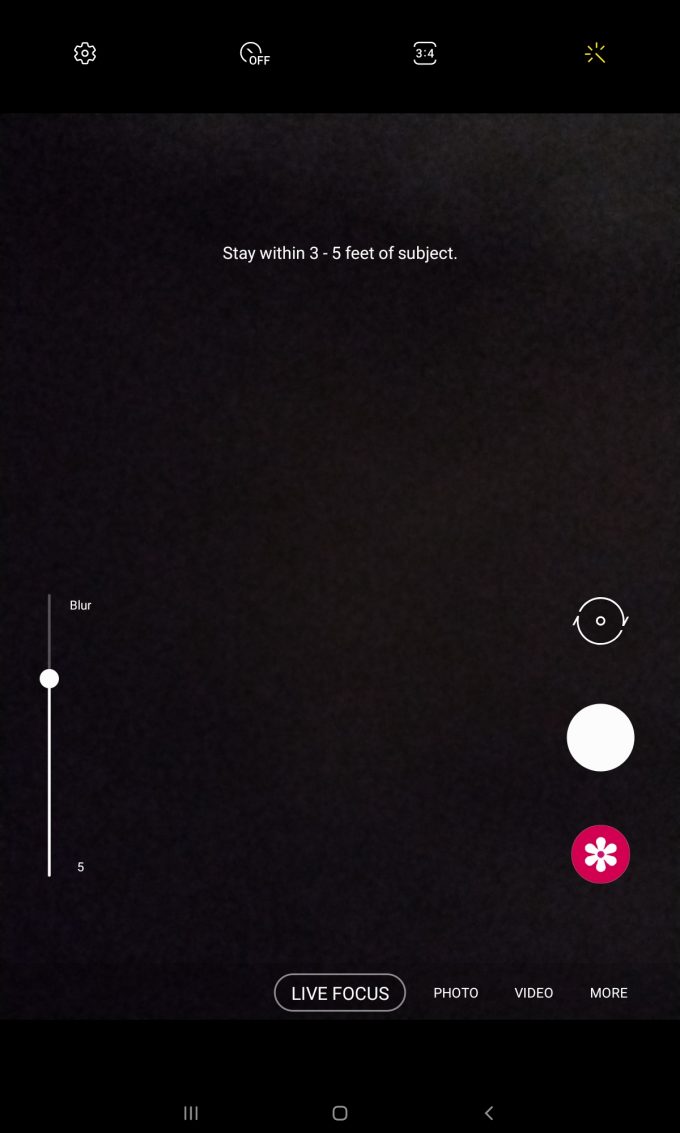 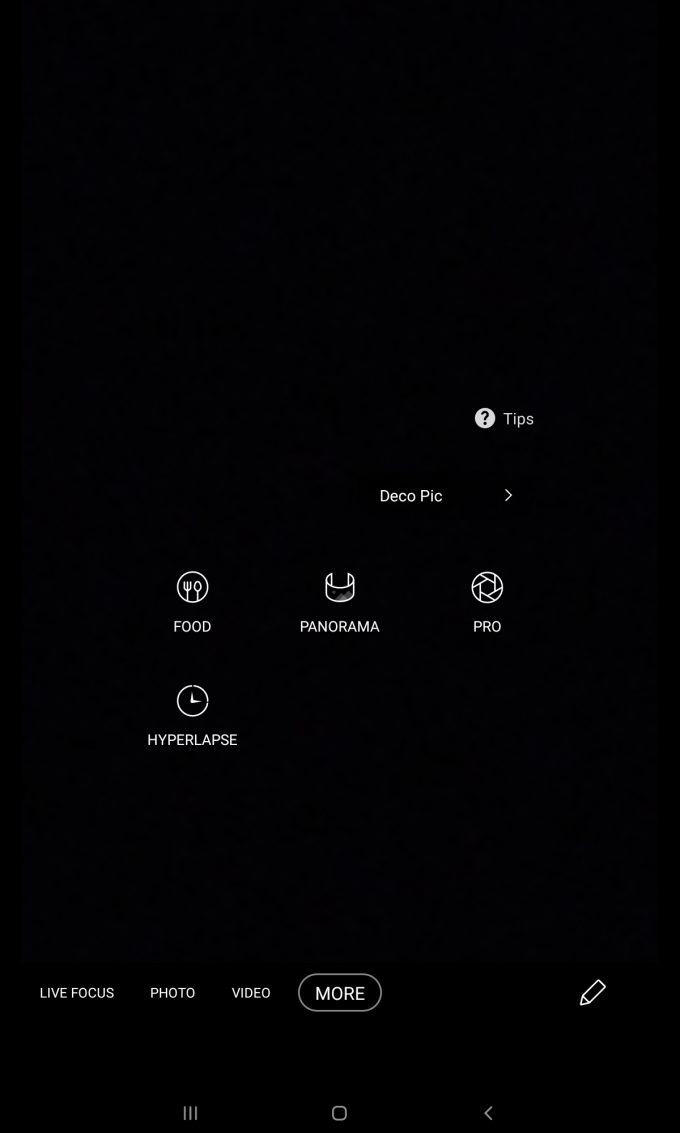 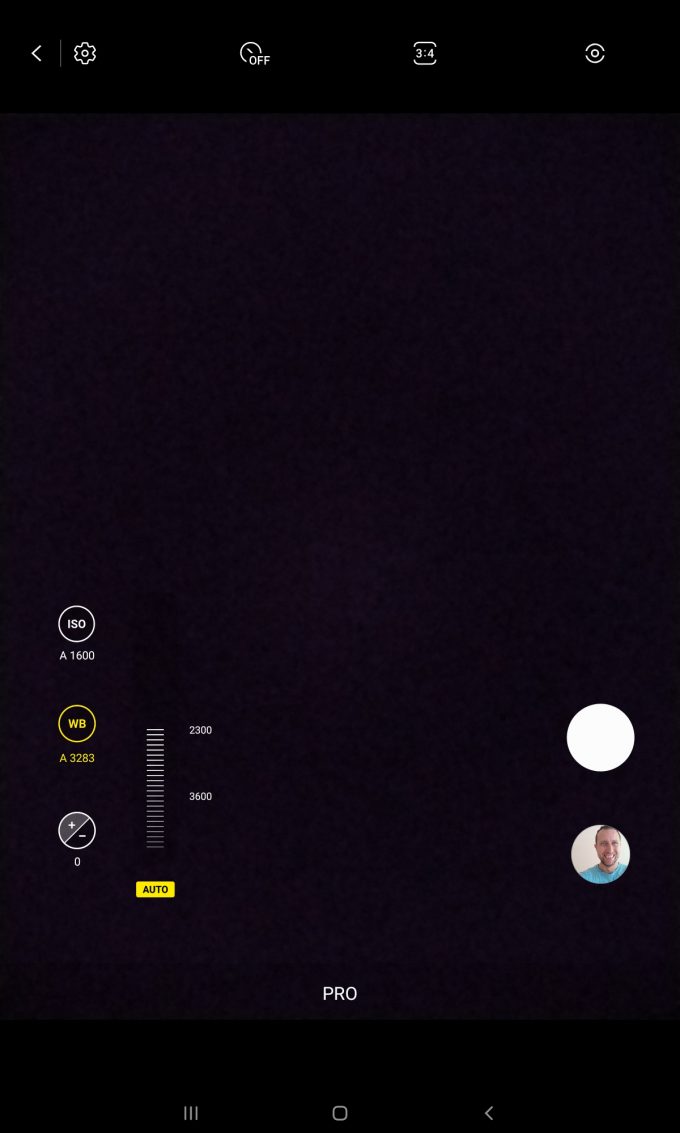 Starting from the design and construction of the device, the metal unibody is sturdy enough and looks good on this midrange device, the bezels, which might seem too big, actually make the device more usable since they eliminate the risk of accidental touches while holding the device.

The 2000×1200 IPS display has comfortable viewing angles, has a great contrast ratio, and covers 93% of the sRGB color gamut. What is more, is that its backlight doesn’t use PWM, which is great to see on more and more devices. The quad-speaker setup produces rich and clear audio with great quality and has no deviations across the whole frequency range. The One UI skin that Samsung introduced is one of the best out there and the tablet has already been confirmed to be getting an update to Android 11.

While the battery is smaller than the one on the Tab S7, the processor is more power-efficient than the Snapdragon 865+ that is found in the S7, meaning that the battery can last you a whole day, which is great. The performance of the tablet with the Snapdragon 662 is great for general usability, though the mid-range characteristics of the SoC do show themselves quite quickly when multitasking and using multiple apps at the same time.

The camera while not being the best, is serviceable. The pictures and video that it produces are good, but they lack detail when you zoom in close, and the lack of OIS shows when filming a video with lots of movement in it.

All in all, what Samsung has done with this device is to create a worthy little to the Tab S7. It covers all the bases that a mid-range device should, and it does it great.

You can check the current price of the Samsung Galaxy Tab A7 here: Buy from Amazon.com (#CommissionsEarned)