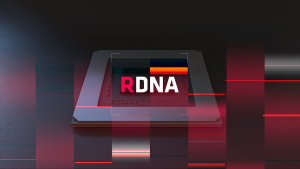 Mobile GPUs from AMD aren’t very popular, to say the least. Only recently did we start getting some of them, like the 5300M and the 5500M, in budget laptops, and performance-wise, they were on par with and even better than NVIDIA’s offerings like the GTX 1650 and GTX 1650 Ti. However, even with the better performance, these cards didn’t enjoy the popularity that they should have.

AMD tried even more with their upper-end cards, like the 5600M and the 5700M, but they suffered the same fate, as well. Laptop manufacturers were too afraid, we believe, to experiment and implement these new GPUs, probably because AMD hasn’t actually made a viable high-end mobile GPU in ages. Now, we are in 2021 and we saw a huge upshift in the laptop market, as many manufacturers chose to adopt AMD’s Ryzen 5000 H-series CPUs in their high-end gaming laptops.

Twitter user @KOMACHI_ENSAKA, dove into the most recent AMD drivers and found out that AMD is preparing high-end mobile GPU to rival the RTX Ampere 3000-series from NVIDIA. The card in question is the RX 6800M, which will use the Navi 22 chip and sit between two versions of the desktop RX 6700XT. Since they both have the full arsenal of 2560 Stream processors, we assume the mobile 6800M will do so too. The Navi 22 mobile GPUs have been previously rumored to launch in several TGP configurations: 145W, 135W, 100W, and 90W. The high-TGP 145W card could be the 6800M, while the less powered variants are there to rival the Max-Q NVIDIA GPUs.

The Navi 22 mobile processor is set to come with either a 192-bit or 160-bit memory bus. This ensures that the cards could handle a larger memory configuration of either 10GB or 12GB of VRAM. As you know, we have always thought that having competition is great, as the consumers come out as the winner in this scenario. Regardless of if AMD or NVIDIA is better, having the fear of someone breathing down your neck ignites a fire of constant improvement, innovation, and naturally – a price decrease.