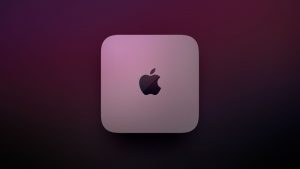 The Mac mini is one of the most interesting devices, that just got more interesting. Previously it fulfilled a pretty niche category of a portable desktop computer, which was pretty powerful, considering its size. Now, however, with the addition of the M1 chip, the device has even more potential to substitute your bulky PC.

It can do everything your old Mac mini can, but it is a lot more efficient, not only consuming less electricity but being basically silent in most cases.

Today we are presenting you with LaptopMedia’s Top 5 picks about the Apple Mac mini (M1, 2020)

You can check the current price of Apple Mac mini (M1, 2020) here: Buy from Amazon.com (#CommissionsEarned)

Needless to say, the M1 chip is pretty powerful, managing to surpass the previously Intel-powered version of Mac products. Below we have some information about the M1 chip as well as benchmark results between the Mac mini and other M1-powered devices, such as the MacBook Air and the MacBook Pro.

This new SoC borrows many features and characteristics from smartphone processors in the way that it is ARM-based and features every component that the MacBook Air needs to be able to run all in one place, resulting in very low signal travel times, which helps boost performance. The CPU uses the very popular big.LITTLE architecture with four low-power and four high-power cores.

Continuing with the iGPU inside the Apple M1, there are two distinct versions of the M1’s GPU. One has all of the 8-cores enabled and will be used for high-end devices such as the MacBook Pro, Mac mini, and some configurations of the MacBook Air. The other version has one of the GPU cores disabled and its clock speeds lowered. With that, Apple has also shaved off some bucks off of the devices that will feature this version of the M1, mainly the MacBook Air. The Mac mini has the full 8-core GPU enabled.

2. The Cooling and Noise (or lack thereof)

In our temperatures and comfort test, the Mac mini performed exceptionally. The test uses 100% of the M1’s CPU cores with Cinebench R23 running in loop mode. Due to Apple’s limitations, we weren’t able to monitor the frequency of the cores. What we did, however, was assess the stability of the Mac mini in the long runs, we took the results it posted in the first, middle, and the last test it ran.

Through the entirety of the test, the Mac mini’s fan was barely spinning that when coupled with the M1’s already low TDP, the device could barely be heard and was pretty much silent. 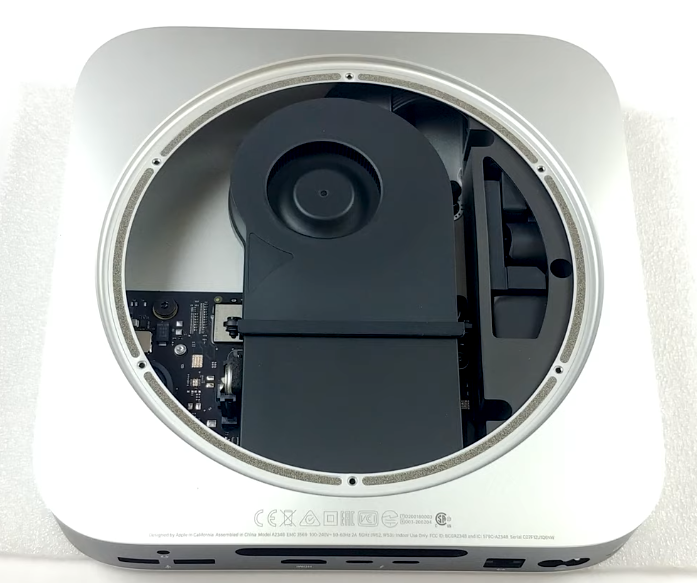 Being an Apple product, you should always expect exceptional build quality. The Mac mini is the same with a full aluminum body, except for a few parts that have to be plastic, such as the I/O shield and the bottom of the device. Apple has utilized the same design language that they use for their other Mac devices, with sleek and simple lines all around the body.

4. The I/O, features, and affordability

The I/O here is quite stacked, considering the tiny footprint that the Mac mini has. On the back of the machine, you get two USB Type-A 3.2 (Gen. 2) ports, an HDMI 2.0 connector, Two USB Type-C ports with Thunderbolt 3 support, an Ethernet port, and the plug for the power connector as well as the circular power button. You also get support for Wi-Fi 6 and Bluetooth 5, which is getting more and more common.

With the Mac mini using the M1 SoC, it sends the upgradability packing, with the M1’s Unified Memory Architecture keeping all the RAM and storage, as well as the CPU cache all in one place next to the GPU and GPU itself. After you disassemble the Mac mini, you see the motherboard and all the memory and chips soldered on it.

You can check the current price of Apple Mac mini (M1, 2020) here: Buy from Amazon.com (#CommissionsEarned)