[Specs, Info, and Prices] HP strengthens its gaming lineup with the new HP OMEN 16 and OMEN 17 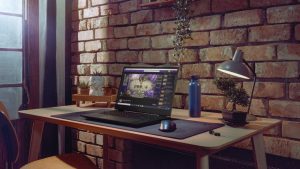 HP already put out the new EliteBook series, which we talked about here. However, their gaming lineup needs some more work. While the Pavilion gaming is a great low-budget solution, it really cants match with the heavy hitters from ASUS, Lenovo, and MSI. This is where the new HP OMEN 16 and 17 come into place. They are powerful and good-looking, offer a simplistic design, which uses premium materials. We are sure that HP has an idea of what they’re doing so that they come out on top in the end.

Today we are giving you a quick overview of the new HP OMEN 16 and 17. 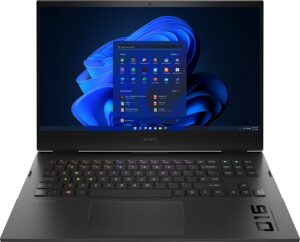 The design language that HP has chosen for the OMEN 16 and OMEN 17 is pretty great. The laptops are very stylish and sleek, with simple, yet beautiful body lines. The bodies have sharp angles and edges. The overall look is very subdued, and won’t offend anyone. This is a recipe for a mass-selling device, as more people will find it appealing. While the build materials aren’t specified, if we had to guess, we think that the lid will certainly be made out of metal, with a plastic body. The HP OMEN 16 weighs 2.37 kg, which is around 400 grams less than the OMEN 17. branding is kept to a minimum, with only an OMEN logo on the back of the lid, which looks to be illuminated. 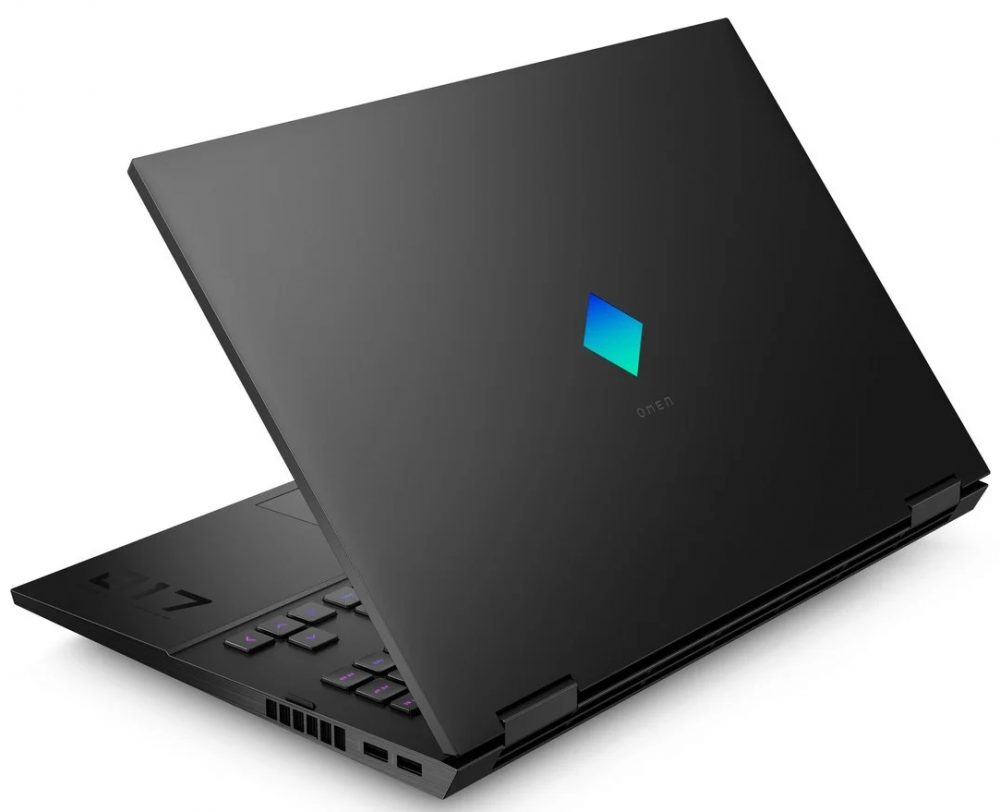 Both laptops use different displays, down to the resolution and size. The OMEN 16 has two displays to pick from, both of which come with a diagonal of 16.1 inches. The first one has a Full HD resolution, a 16:9 aspect ratio, and a 144Hz refresh rate. The second display ups the aspect ratio to 16:10, the resolution to 2K+, and offers 100% sRGB coverage. Moving over to the OMEN 17, it offers the same display choices, but with a diagonal of 17.3 inches, a 16:9 ratio on both the FHD and the 1440p display. The displays have a 3 ms response time, and support both AMD FreeSync and NVIDIA G-Sync. 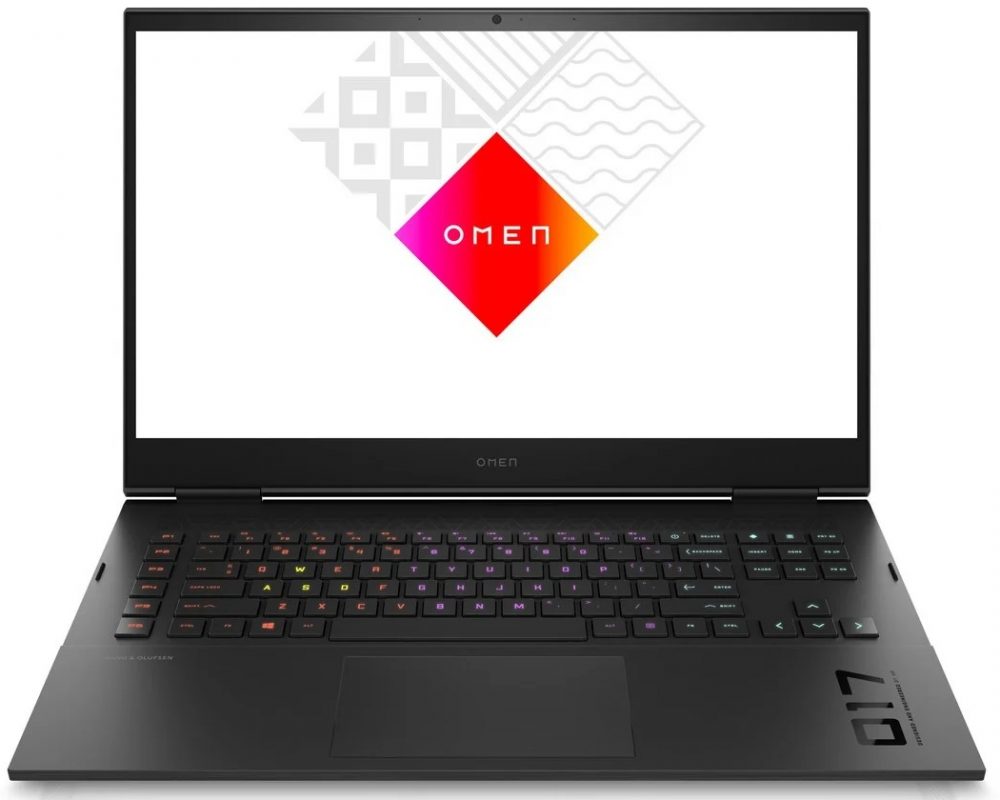 As these are HP’s flagship gaming laptops, they offer an array of features, some of which include a 4-zone RGB backlit keyboard for the OMEN 16, while the OMEN 17 gets a per-key backlit mechanical keyboard with optical switches. Both systems come with a stereo speaker setup from Bang & Olufsen, a very recognizable name in the audio industry. 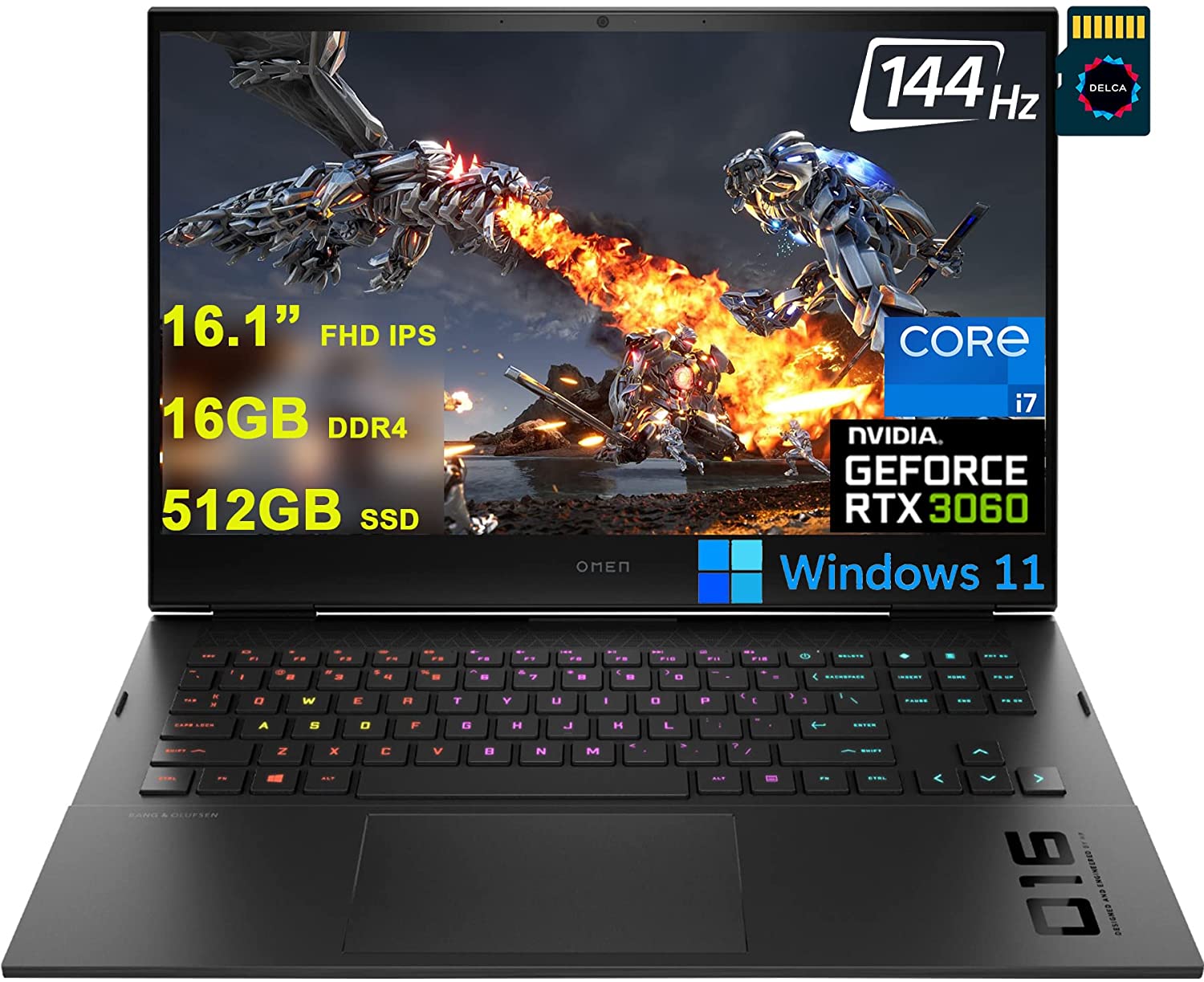