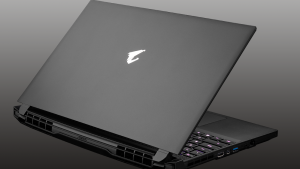 AORUS has existed for a while now. Having been founded in 2014, it is still trying to find its footing in the gaming space, which is difficult when you have to compete with established brands such as ROG or Alienware, for example. However, the folks over at Gigabyte forged strategic partnerships with esports brands, such as G2 Esports, which attract massive fanbases, and they will at least talk about your product, if not outright buy it. This, among others, gives the brand enough punch to compete with others. Now, we have their refreshed AORUS 15P, which sports 11th Gen Tiger Lake H processors and RTX Graphics.

Today we are giving you a quick overview of the AORUS 15P.

The laptop comes in an all-black exterior, which is always a good place to start off from. It is presumably made of a combination of materials, although we are not sure. Considering the specs that it has, we would at least expect an aluminum lid. The design is sleek but doesn’t destroy its gaming nature. You can see the heat vents on the back and on the side, which are very wide, to allow for ample airflow. Branding is kept to a minimum with an AORUS logo on the back of the lid and a wordmark on the backside, between the two vents. The weight is very manageable, sitting at 2.20 kg, but the device is way thicker than we would have expected, with a height of 27 mm. 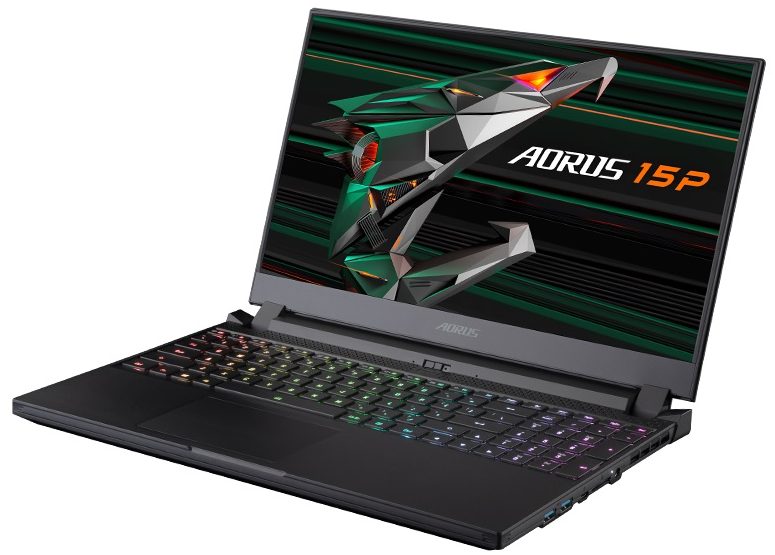 The display choices boil down to two screens. Both of them share the same diagonal of 15.6 inches and Full HD resolution. The first panel comes with a 240Hz refresh rate, which is plenty fast, and 99% sRGB coverage. The second display ups the refresh rate to 360Hz, which is just bonkers, while keeping the same 99% sRGB coverage. The screens will deliver punchy and vibrant colors, allowing for the consumer to dabble in design, if he decides to. 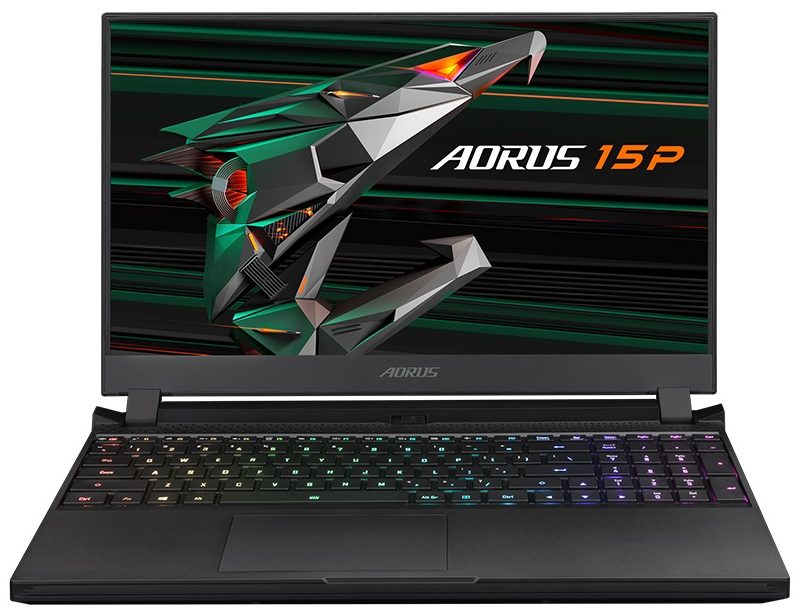 The laptop comes with one choice for processor and three GPU choices. The CPU is the Core i7-11800H, which isn’t even a week old and is already in the mouths of every hardware enthusiast, which speaks of the hype that the new Tiger Lake H-series chips generated. The GPU can be either the RTX 3060 (115W), the 3070 (130W), or the 3080 (130W), all of which are the Laptop versions.

Some features include Thunderbolt 4 support and an island-style per-key RGB backlit keyboard. A front-firing stereo speaker setup is also in the picture, which has DTS:X Ultra Audio technology, giving you the effect of multi-dimensional sound.