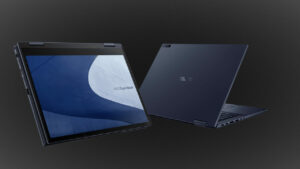 Navy blue is becoming the ExpertBook brand’s signature quirk. All of their laptops use it, and with n other options, it seems like ASUS is sticking with it for the long run.

With all other business-class laptops seemingly utilizing silver and black, it is a good choice to stand out from the crowd a bit, even if Navy blue isn’t the most optimal option. The ExpertBook B7 Flip (B7402F) brings that, on top of great Evo CPUs and graphics, 16:10 displays in a portable package that can be brought anywhere.

Today we are giving you a quick overview of the ASUS ExpertBook B7 Flip (B7402F). 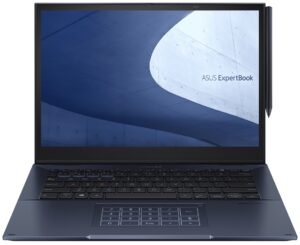 We already went over the blue exterior, so we’ll skip to other features of the design. The laptop looks very presentable in a business setting, with sharp edges, round corners, and flat shapes. The lid has the ASUS and ExpertBook logos, with the latter also having an activity LED, which lights up in red either automatically or with a key combination. In terms of weight and height, the laptop weighs only 1.43 kg and has a profile of just 18.9 mm. There are two 14-inch IPS display options with a 16:10 aspect ratio and either FHD+ or QHD+ resolutions. Both options have a max brightness of either 400 or 500 nits and 100% sRGB color coverage. 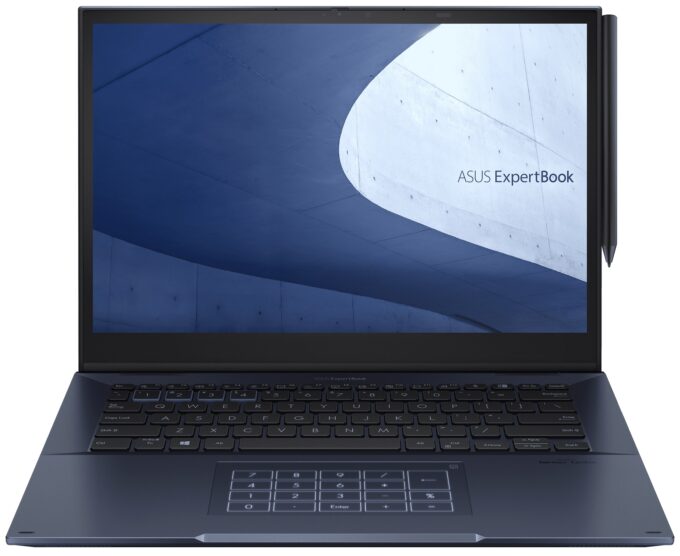 In terms of specs, we have two Tiger Lake CPUs that are part of the Intel Evo platform, which have increased stability and performance, both the processor and the graphics. The base model Core i5 CPU will be great for most stuff, while the Core i7 is mostly here for show and if you do significant multitasking work and need the extra computing power.

With this being a premium notebook, it is packed with features, including a stacked I/O. It has two USB Type-A 3.2 (Gen. 2) ports, two Thunderbolt 4 ports, an HDMI 2.0b port, an Ethernet connector, a 3.5 mm audio jack, a SIM card slot, and a SmartCard Reader.

The keyboard has a backlight and the 1-4 keys work in tandem with the FN key to give you some quick access hotkeys. With the keyboard not sporting a NumPad, the touchpad can act as one with the press on the upper right corner of the pad. The keyboard is also spill-resistant, so you won’t have to worry about damaging it with liquids (don’t use this as a pass to be reckless though) as ASUS talks about minor spills with up to 78cc of liquid. 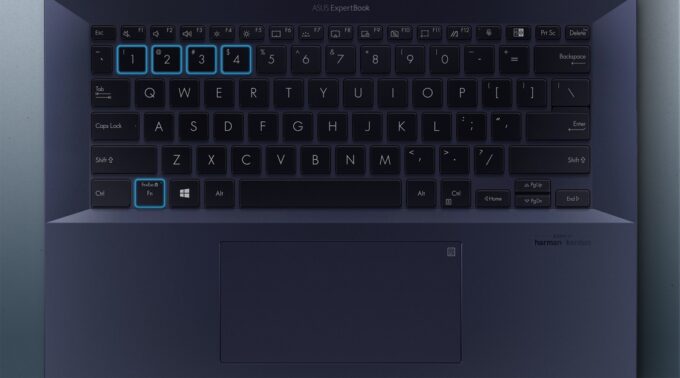 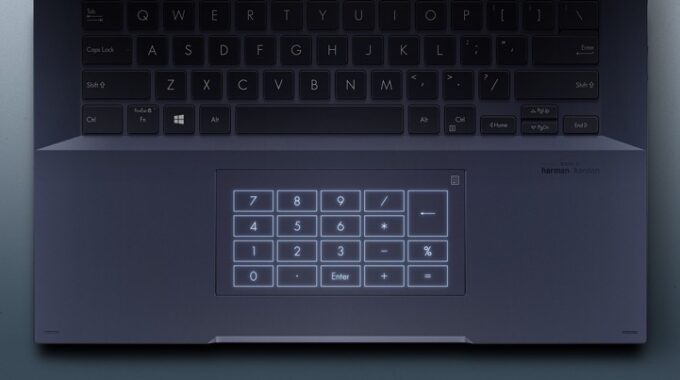 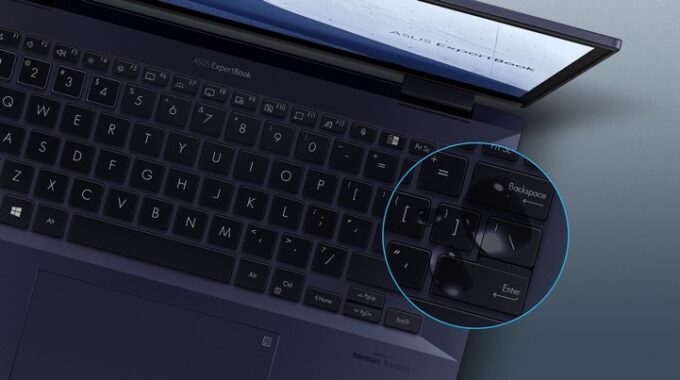