A great business machine, but slightly downgraded from its predecessor when it comes to upgradability.

Check out all Lenovo ThinkPad E15 prices and configurations in our Specs System or read more in our In-Depth review. 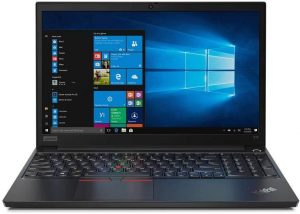 In order to get inside of the ThinkPad E15, you need to undo a total of 8 Phillips-head screws. Interestingly, all of them stay attached to the bottom panel afterwards. Then, just pry the panel with a plastic tool. 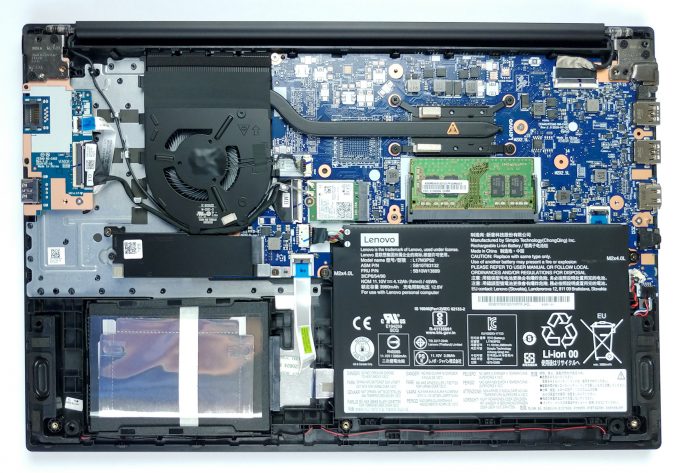 Supplying power when you’re away from the grid, there is a 45Wh battery. 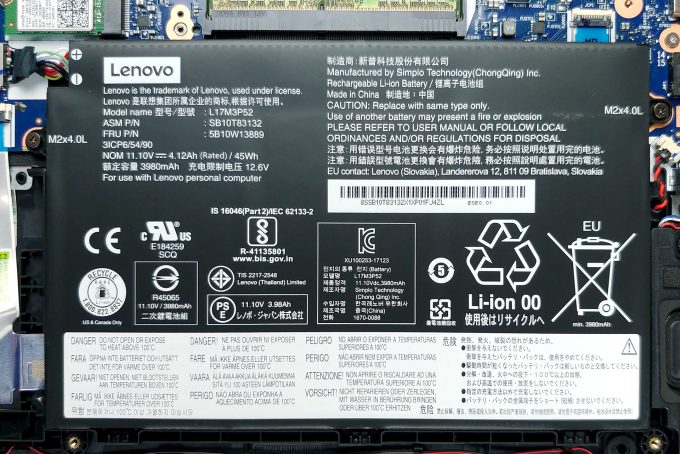 Upgradability-wise, we feel that this notebook is more than good – an M.2 slot with PCIe x4 and SATA support, as well as a 2.5″ SATA drive bay. In terms of memory – there is only one RAM SODIMM slot – a downgrade from the ThinkPad E590. Nevertheless, it supports up to 16GB of DDR4 memory working at 2666 MHz. 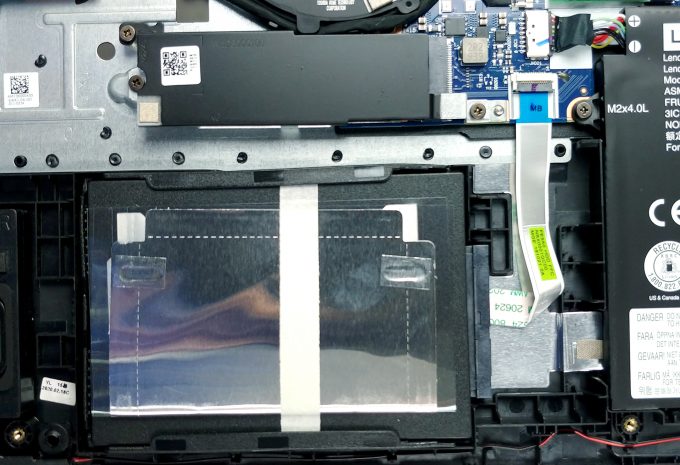 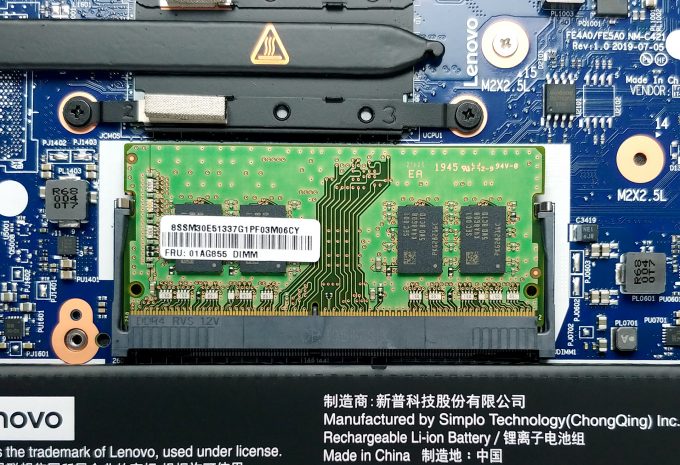 As of the cooling – there is a single, rather thin heat pipe. The other components include a fan, and a heat sink, which is also smaller than what we’re used to seeing.

Check out all Lenovo ThinkPad E15 prices and configurations in our Specs System or read more in our In-Depth review.