This device is equipped with some exciting features, like the Power button/fingerprint reader combo, which stores the print of your finger upon startup, and then sends it towards the OS for seamless logins. However, how easy it is to maintain and upgrade the ThinkPad E14? Let’s take a look.

Check out all Lenovo ThinkPad E14 prices and configurations in our Specs System or read more in our In-Depth review. 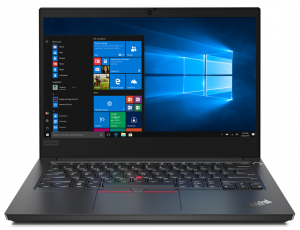 This device’s bottom plate is held up in a place by 7 Phillips-head screws. Fortunately for clumsy people like us, they stay attached to the panel even after you undo them, so it would be particularly hard to lose them. So, after that, you need to pry the plate with a plastic tool, and you should be able to easily lift it away from the chassis. 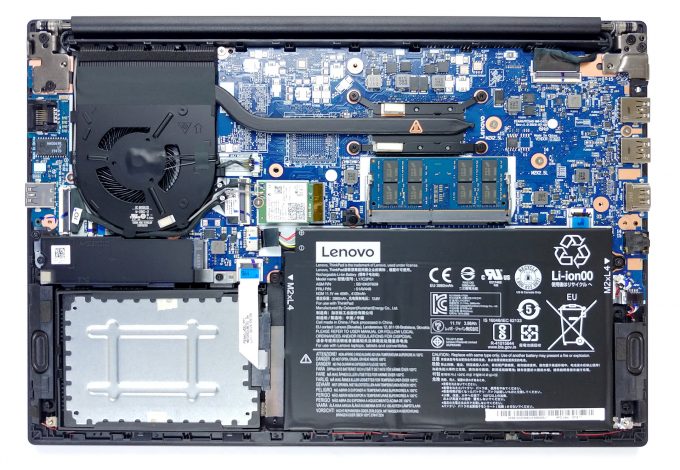 Last, but not least – there is the same 45Wh battery, we found on the ThinkPad E15, so we expect a slightly better battery life here. 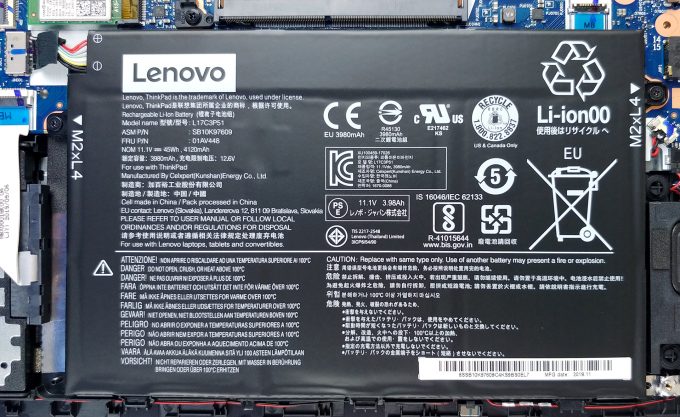 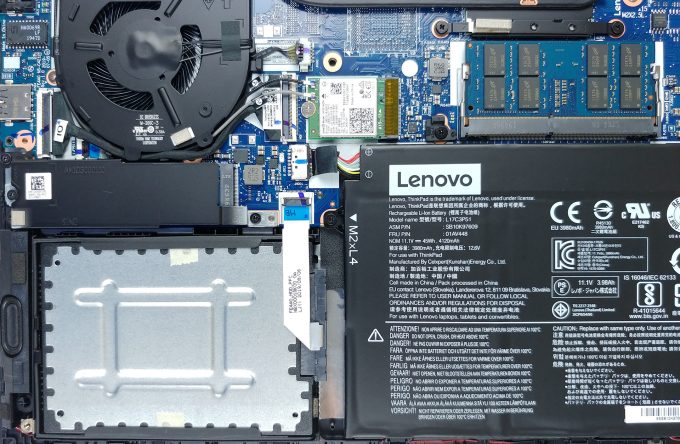 Expectedly, Lenovo wasn’t really generous with the cooling setup of this notebook. There is a single, thin heat pipe, cooling the Core i7-10510U in our case.

Check out all Lenovo ThinkPad E14 prices and configurations in our Specs System or read more in our In-Depth review.