Premium devices are known for their scarcity of upgrade options. This laptop is no different in this aspect, but it has other fantastic features.

Check out all HP Spectre x360 14 (14-ea1000) prices and configurations in our Specs System or read more in our In-Depth review. 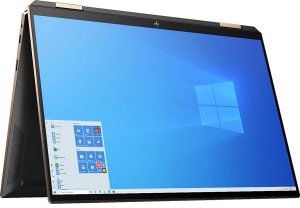 To open this notebook’s bottom panel, you need to undo two Torx-head screws. Then, remove the back rubber foot, and undo the four Phillips-head screws you see underneath it. After that, pry the bottom panel with a plastic tool. 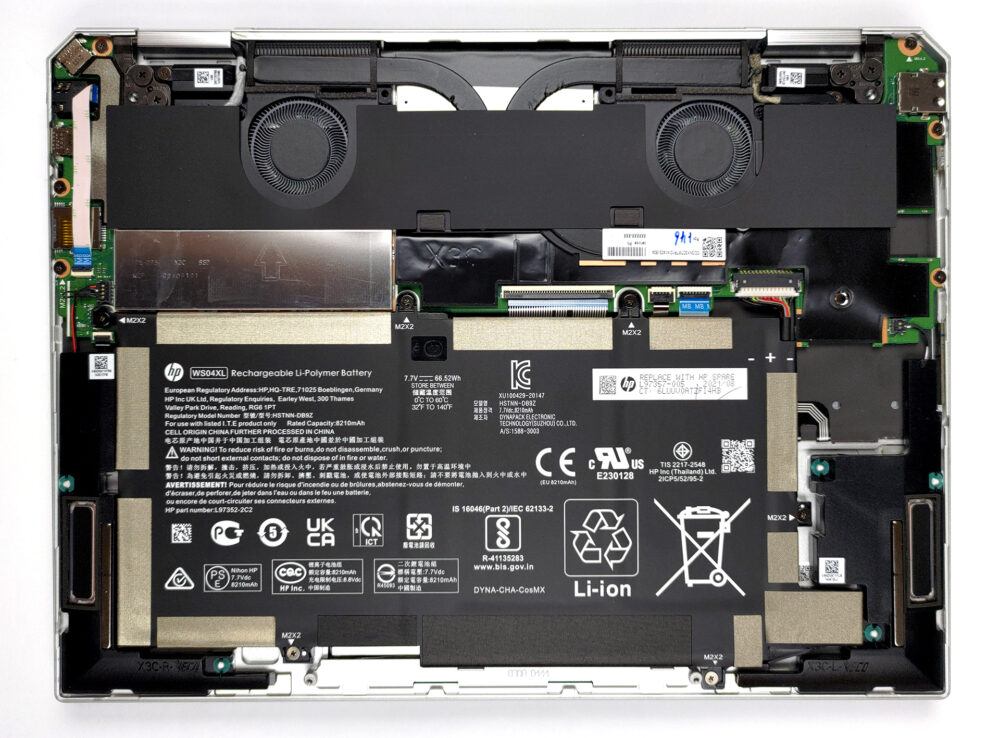 Inside, you will find a 66Wh battery pack. The unit equipped with an OLED display lasted us for about 7 hours of either Web browsing or video playback. To take the battery out, you need to undo 6 Phillips-head screws and unplug the battery connector. Then, you can lift it away from the chassis. 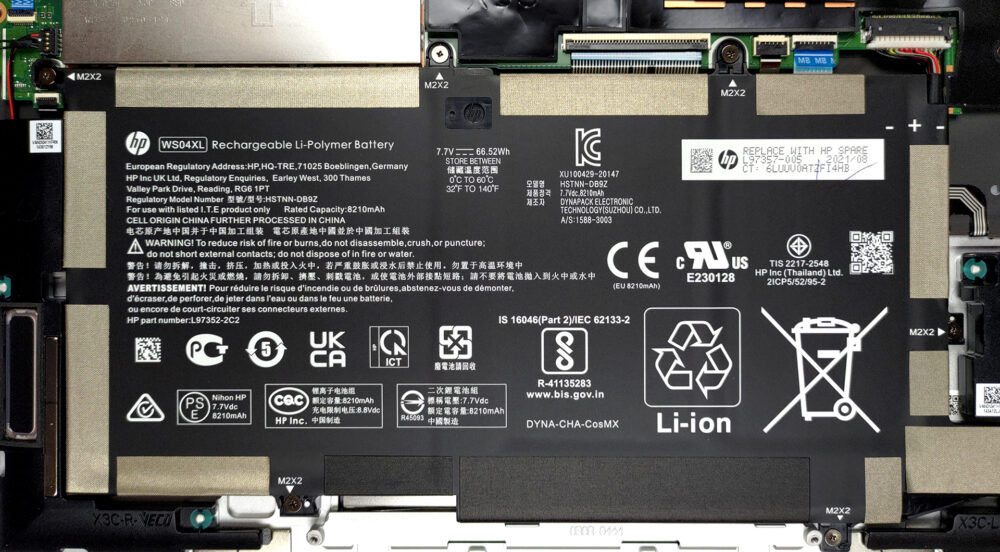 Unfortunately, the memory here is soldered to the motherboard. It comes in configurations with 8 or 16GB of LPDDR4 RAM, working at 3733 MHz in quad-channel mode. On the storage side, there is one M.2 PCIe x4 slot. 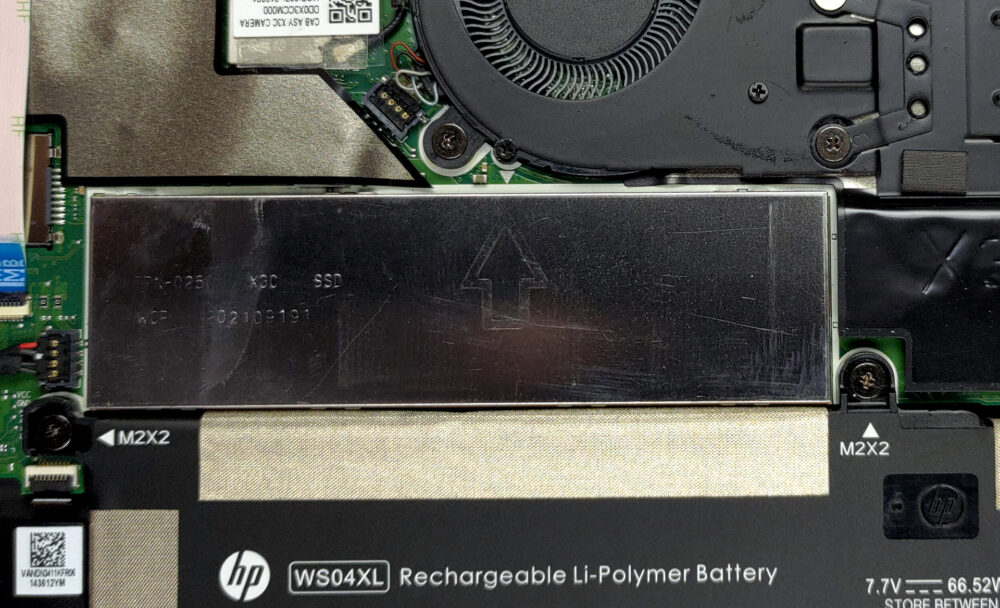 Interestingly, the cooling solution on this laptop looks quite capable. There are two heat pipes cooling the CPU, and one, managing the temperature of the VRMs. Additionally, you get two separate heat sinks and two tiny fans.

Check out all HP Spectre x360 14 (14-ea1000) prices and configurations in our Specs System or read more in our In-Depth review.

The years go by, and the gap between HP's Spectre and Envy series grows smaller and smaller. As a result, the latter is getting more appreciated by the wide public, and slowly but surely, it seems to be eating into the user base of the Spectre. This sort of internal cannibalism is not new to the world, but if HP wants to continue selling their top-of-the-line products, they have to make something. One such effort is the Spectre x360 14 (14-ea1000). It not only looks premium but happens to offer some great features as well. Instead of the conventional 16:9 aspect ratio of the display, the c[...] 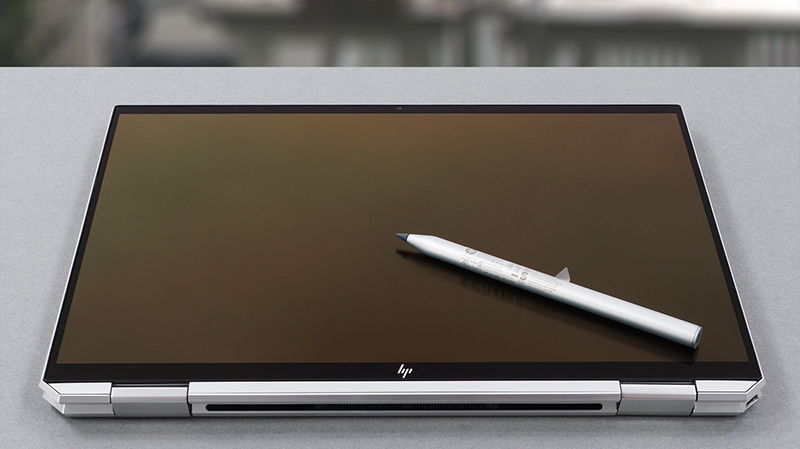