The Precision series has always been a symbol of Dell’s workstation machines. However, their latest 5000-devices share the same design as the XPS lineup. So, a question arises – are they the same on the inside as well?

Check out all Dell Precision 5540 prices and configurations in our Specs System or read more in our In-Depth review. Unsurprisingly, getting inside of this device is pretty much the same job as disassembling the XPS 15 7590. Remove 10 Torx-headed screws, then lift the little lid and remove two Phillips-head ones. After that, gently pry the bottom panel and the panel should open mostly by itself. 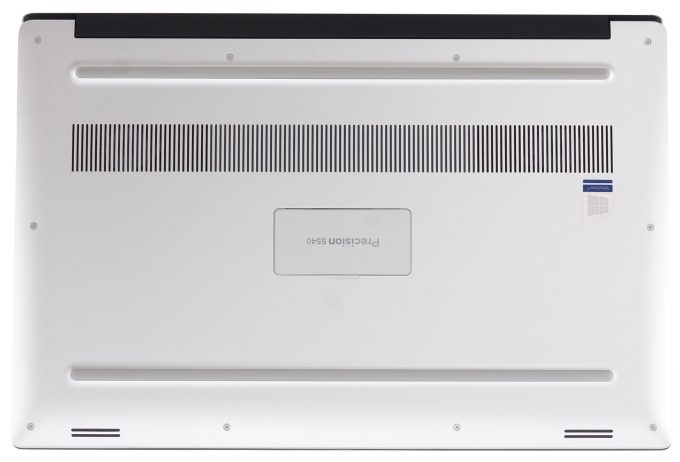 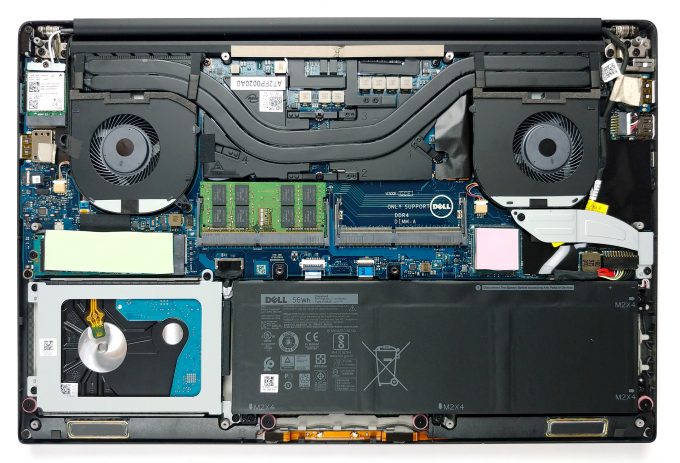 Тhis laptop comes in two iterations, concerning the battery – a 56Wh one and a 97Wh one.

For your convenience, the manufacturer has put two RAM SODIMMs. As of the storage, since this notebook features the smaller of the two battery sizes, you get a 2.5″ SATA drive slot alongside the M.2 PCIe x4 slot. 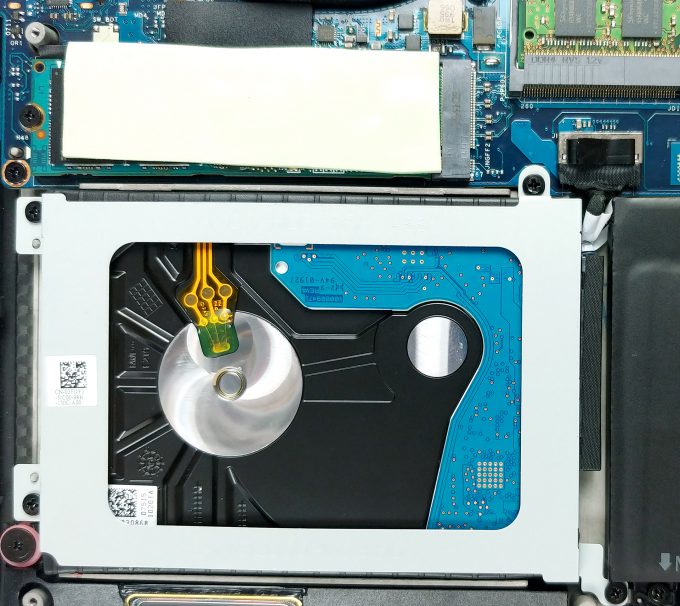 To cool both the 8-core Core i9-9880H and the Quadro T2000, Dell uses a design, comprising two heat pipes, connected to two heat sinks, and two-relatively big fans, blowing at them. Additionally, you can notice that there are two metal plates placed around both of the chips, and further below, there is a thermal pad connecting the chipset with the bottom panel.

Check out all Dell Precision 5540 prices and configurations in our Specs System or read more in our In-Depth review.