One thing we know for sure is that the G5 15 5500 overheats like crazy. However, there are some goodies on the inside, that will still be purchase triggers for some individuals.

Check out all Dell G5 15 5500 prices and configurations in our Specs System or read more in our In-Depth review. 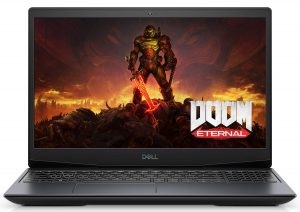 What separates you from this device’s internals, are 10 Phillips head screws and some clips. After you undo them, be careful with the LED strip ribbon cable, which connects it to the motherboard. Just gently lift the bottom panel and open up the connector latch with an elongated flat tool. 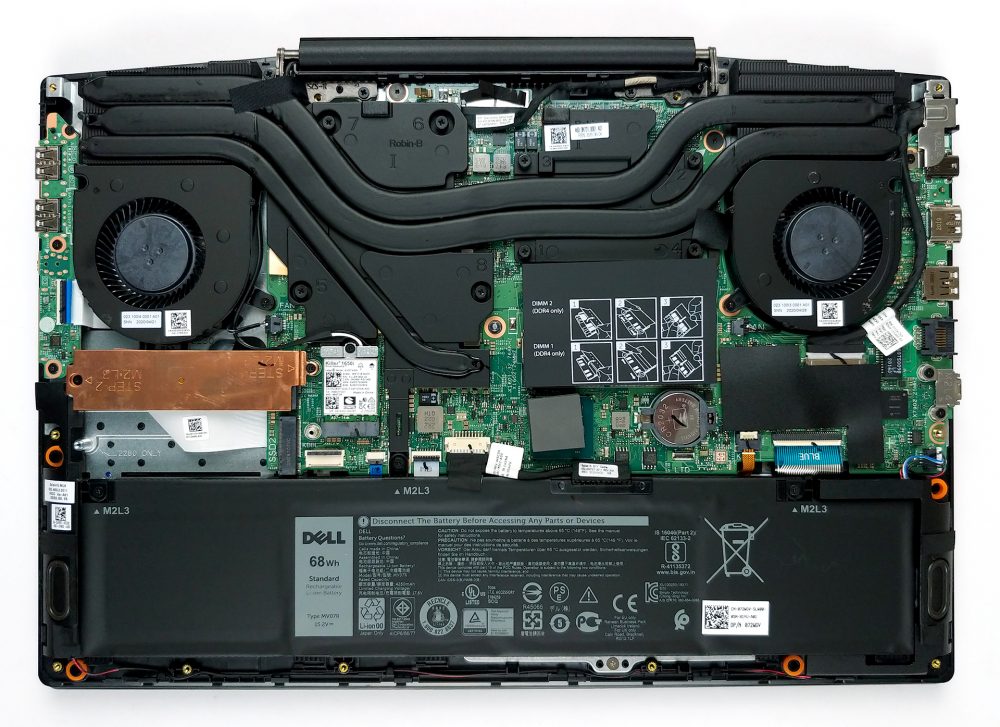 Battery-wise there is the rather big 68Wh unit. In addition to that, this notebook can be purchased with a 51Wh battery, which would open some space for a 2.5-inch SATA drive bay.

Next, we have the upgradability. This device can be equipped with up to 32GB of DDR4 memory in dual channel mode. In terms of storage – there are two M.2 slots – one supports PCIe x4 drives, while the other can hold only PCIe x2. 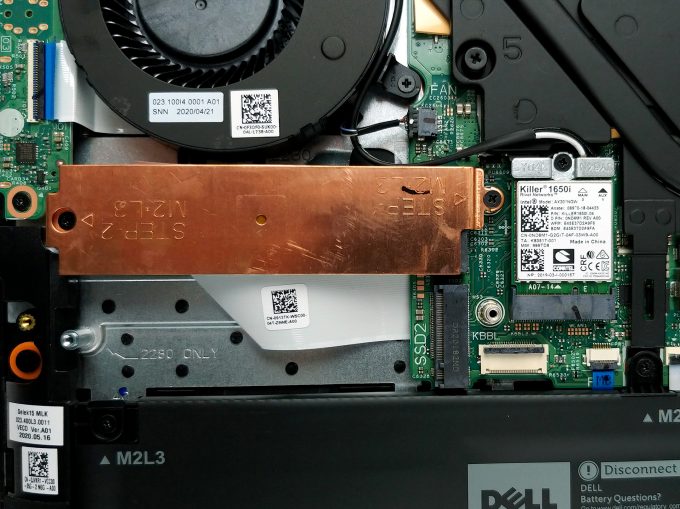 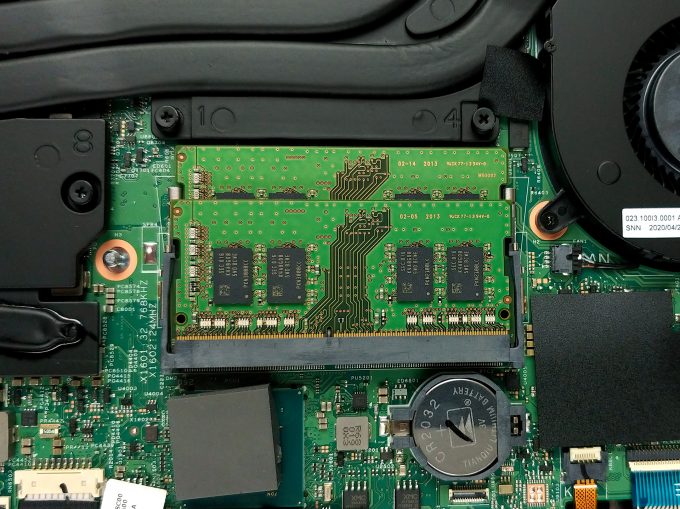 Interestingly, Dell has switched from four heat sinks, down to two for their G5 series. However, they employ an HP Omen-style fan, which is a lot thicker and can drive more air. Moreover, the three heat pipes are now significantly bulkier, as well, and there are two metal plates, dissipating the heat out of the graphics memory and the VRMs.

Check out all Dell G5 15 5500 prices and configurations in our Specs System or read more in our In-Depth review.