Here, we will show you how to upgrade one of the most popular gaming laptops on the market. It is a pretty good deal for both gamers and people that need the sheer power of the hardware.

Check out all ASUS TUF Gaming F17 (FX706, 2021) prices and configurations in our Specs System or read more in our In-Depth review.

To take this notebook apart, you need to undo 11 Phillips-head screws. The top left one remains attached and lifts the bottom panel, which allows you to start the prying process from there. After you are done, lift the panel away from the chassis. 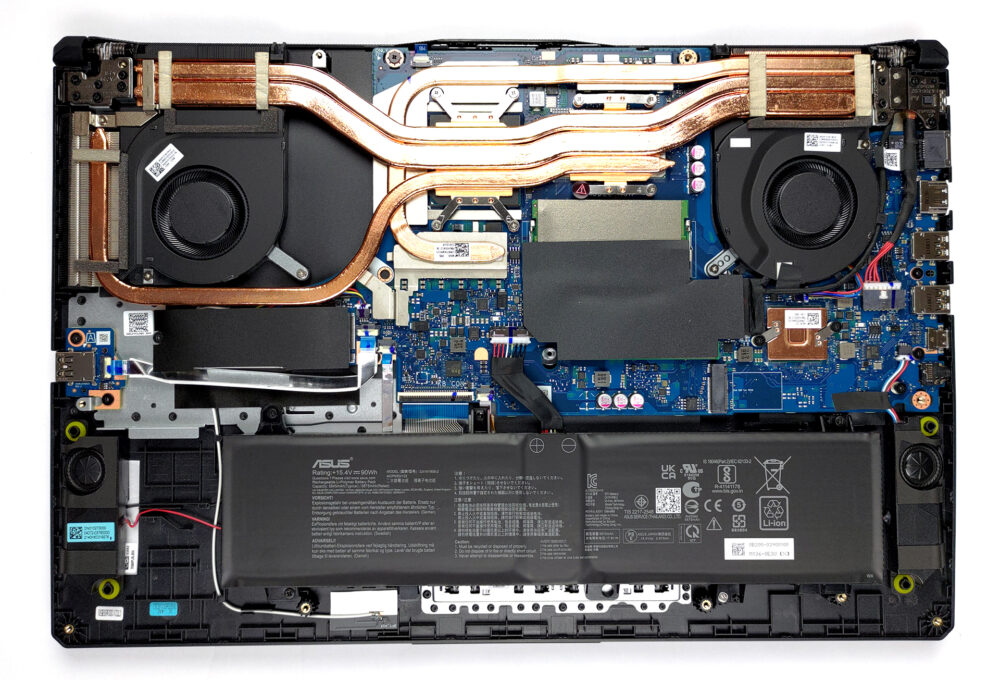 This unit is equipped with a 90Wh battery pack. And if you want to remove it, you first need to unplug the battery connector. Then, simply undo all four Phillips-head screws, and you will be able to remove the unit from the device.

Here, you can see two SODIMM slots. According to ASUS, it supports up to 32GB of dual-channel memory. There are two M.2 PCIe x4 slots, of which one supports Gen 4 drives.

Cooling-wise, we see a design with three heat pipes, shared between the CPU and the GPU. A fourth one is actively cooling the graphics memory and the VRMs.

Check out all ASUS TUF Gaming F17 (FX706, 2021) prices and configurations in our Specs System or read more in our In-Depth review.

It wasn't long ago before we showed you the ASUS TUF Gaming F17 FX706. However, like many other manufacturers, ASUS itself has released facelifts of some of its most popular laptops. Including the FX706. Generally, it looks pretty similar, but it brings a lot of new hardware. Since it was released in 2021, you can't expect Alder Lake chips. Nevertheless, their Tiger Lake counterparts are pretty capable in both games and productivity. What else is great for gaming and productivity is the RTX 3060 GPU, which you can find inside of it. It comes with 95W of TGP, and 6GB of GDDR6 graphics memor[...] 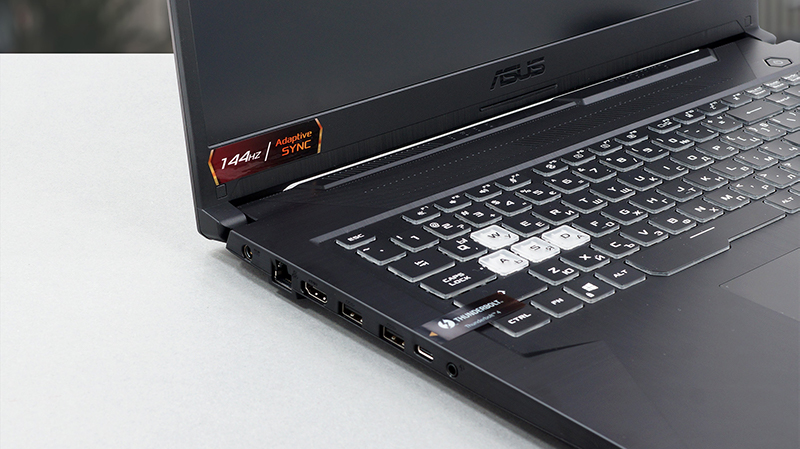 Nice review! May i ask you something? Where (in ASUS official threads or in manuals) does it says that one port can be a 4° Gen NVMe SSD? I can´t found information about the maximum frecuencies/gen of the NVMe and SO-DIMM ports 🙁 Many thanks!