Imagine the ROG Strix G531 enlarged. This is pretty much how the G731 looks on the outside and as you’re going to see in this article – on the inside as well.

Check out all ASUS ROG Strix G731 prices and configurations in our Specs System or read more in our In-depth Review. 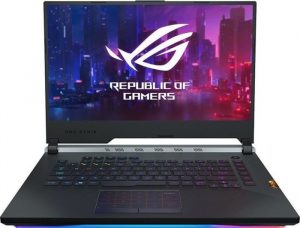 In order to take the laptop apart, as with most of the modern era laptops, you need to remove the bottom plate. It is held in place by 11 Phillips-head screws. Then carefully pry it up. By the way, it is extremely easy to do so because as soon as you unscrew the front edge screws the panel lifts up by few millimeters. 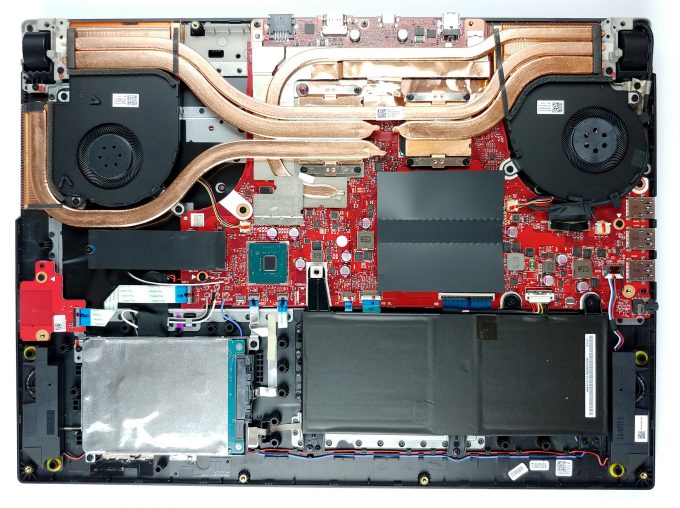 Despite the reasonable 66Wh capacity of the battery, it doesn’t perform really well. It is expected from a gaming device, though, so no bad feelings. If you want to remove it, there are 5 Phillips-head screws that stand in your way.

ROG Strix G731’s memory modules are protected by a black sheet. It can hold up to 32GB of DDR4 RAM. On the left side of the device, you can see the storage options, which include an M.2 NVMe slot and a SATA connector. 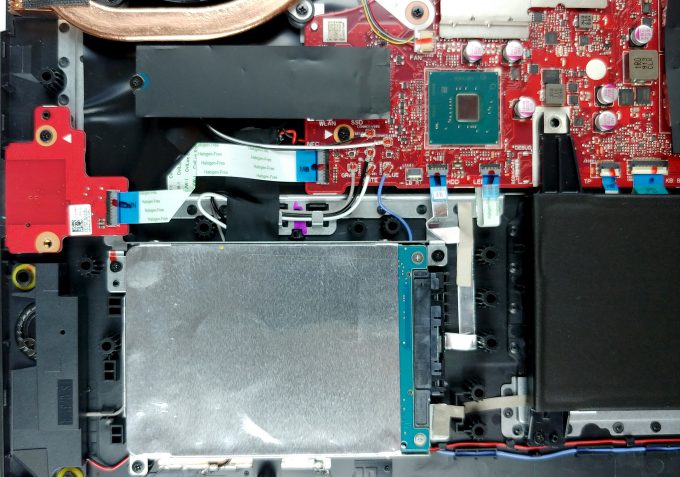 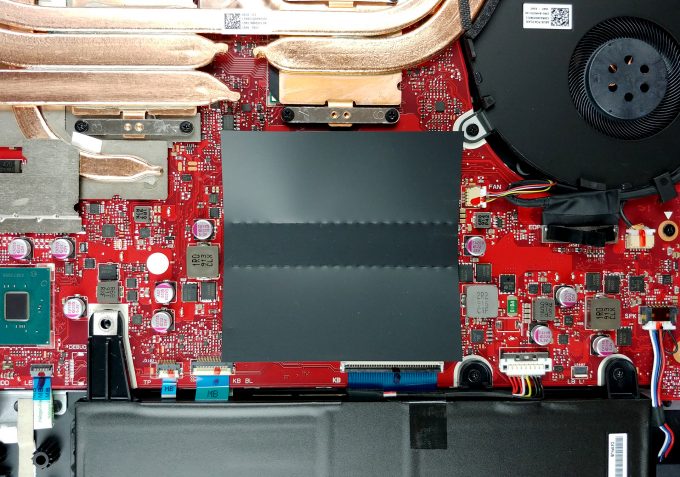 There has been some copper gymnastics in order to implement the cooling solution. It comprises two common heat pipes for the CPU and the GPU, respectively. Additionally, you can find one more (rather bulky) heat pipe cooling the GPU and a thinner one going over the VRAM and the VRMs.

Check out all ASUS ROG Strix G731 prices and configurations in our Specs System or read more in our In-depth Review.