Very recently, Acer announced its new plans for the near future. However, before that, we showed you the Predator Triton 500, which is thin, light and a very capable gaming laptop. Additionally, it is perhaps the most simple looking Predator laptop on the market. However, similarly to its direct competitor – the MSI GS65 Stealth it has one major disadvantage – it is a nightmare getting inside. Especially if you don’t have any experience.

Check out all Acer Predator Triton 500 prices and configurations in our Specs System or read more in our In-depth Review. 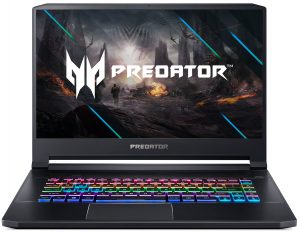 First, we start casually with 10 Torx-head screws. Then we have to pry the bottom panel up and we can throw it away. Now, upon you there will be a pretty confusing view and at first, it looks like there is nothing much to do. Don’t let ’em fool you, though. Everything is there – it is just hidden. After we’ve removed the black protective cloth from the bottom of the motherboard, we can start unscrewing the more conventional Phillips-head screws. 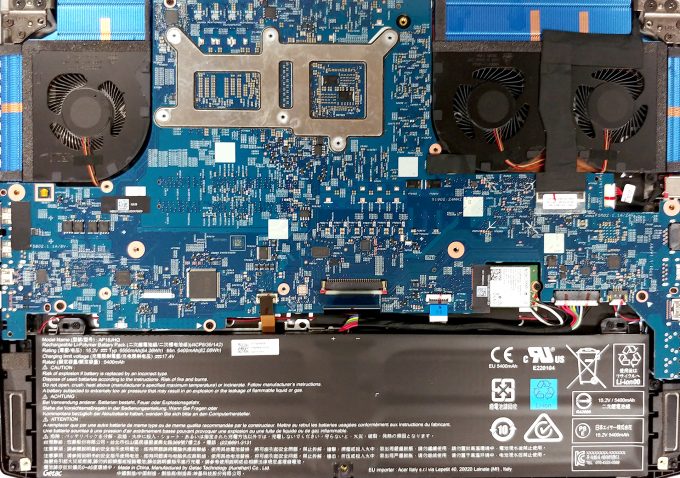 But first, let’s start with the battery. There are only two Phillips-head screws holding it in place, and after you remove them, you just need to slide the battery a little upwards, and it goes out by itself. By the way, don’t forget to unplug it from the motherboard first so you don’t apply extra strain to the fragile cables. Here, the battery pack has an 84Wh capacity – a pretty hefty one.

3. Take out the motherboard

Now it’s finally time for the motherboard. First, make sure you’ve unplugged every connector from below and around the board itself. Additionally, you’ll need to remove the display connector as well. After that, unscrew the single screw, holding the Wi-Fi adapter and remove it as well. Now there are six more screws left – you are going to find them easily, just keep in mind that two of them are hidden beneath the display cable (around the fans). After you’ve overcome all of the obstacles placed by Acer, you are worthy of placing your look into the internals of the Acer Predator Triton 500. 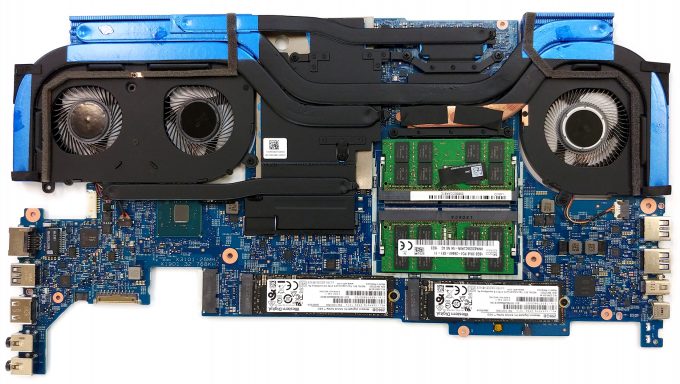 And here’s how it looks without the cooling system (Thanks, Matty!): 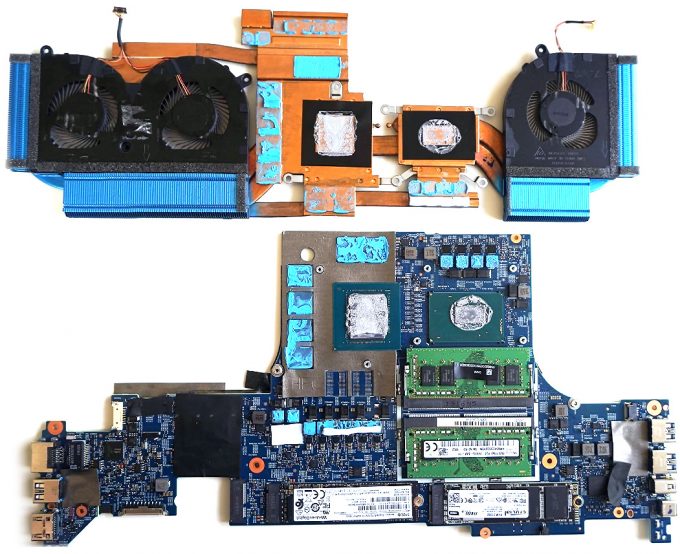 As you can see from the image below, there is not much free space on this motherboard. However, Acer has still put two RAM DIMMs and two M.2 NVMe slots that support RAID 0 connectivity. 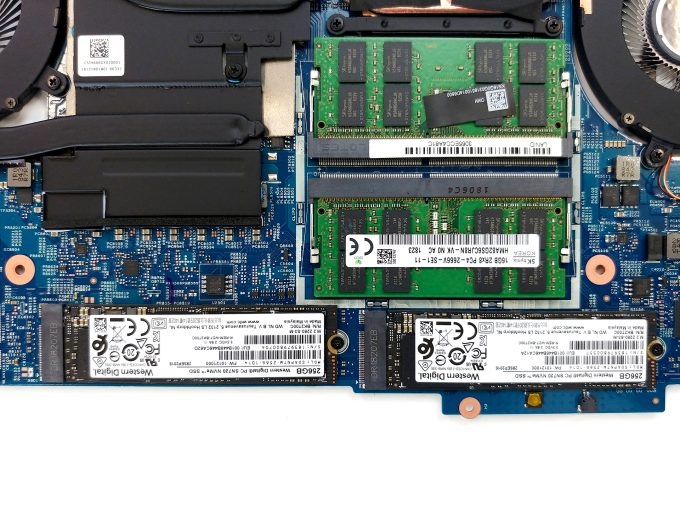 Acer has put a road twist of heat pipes on its device. As of the count – there are five of them. One is designated to the VRMs and on is meant for the Graphics memory. Then there is one common for the CPU and the GPU, which covers two heatsinks. Additionally, there are one more each, for the processor and the graphics chip, bending around the designated fan. We should note that the single fan (the bigger one) is made out of metal or as they call it – Aeroblade 3D technology. Additionally, there is a software boost to the fan speeds, activated by pressing the “Turbo” key above the keyboard.

Check out all Acer Predator Triton 500 prices and configurations in our Specs System or read more in our In-depth Review.