This Predator Triton 300 (PT315-52) has some fresh changes over its predecessor and one of them is the upgrade to three M.2 slots.

Check out all Acer Predator Triton 300 (PT315-52) prices and configurations in our Specs System or read more in our In-Depth review. 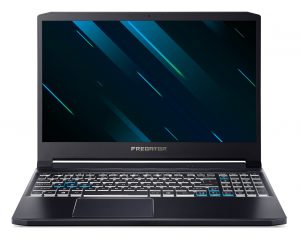 11 Philips-head screws are keeping you away from the internals of the new Predator Triton 300. After you undo them, just pry the bottom panel away with a plastic tool or a guitar pick. 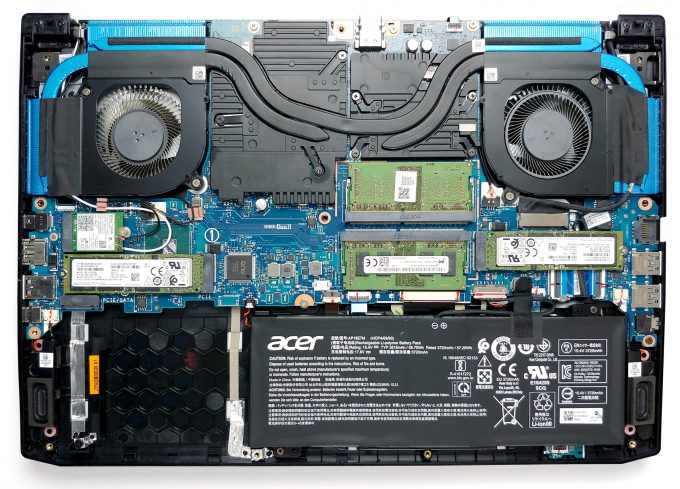 Battery-wise, there is a 58.75Wh unit, which isn’t the largest one out there, but it’s not too small, as well.

In terms of storage, there are three M.2 slots. Not bad for a budget offering. As of the memory, the device supports up to 32GB of DDR4 RAM in dual-channel. 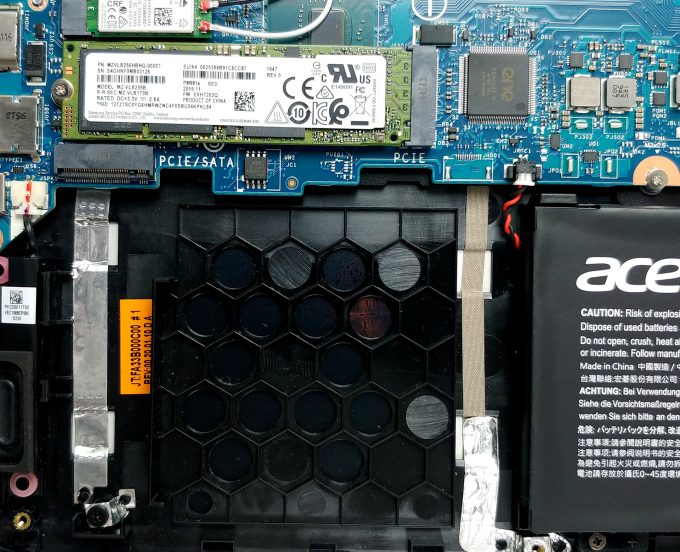 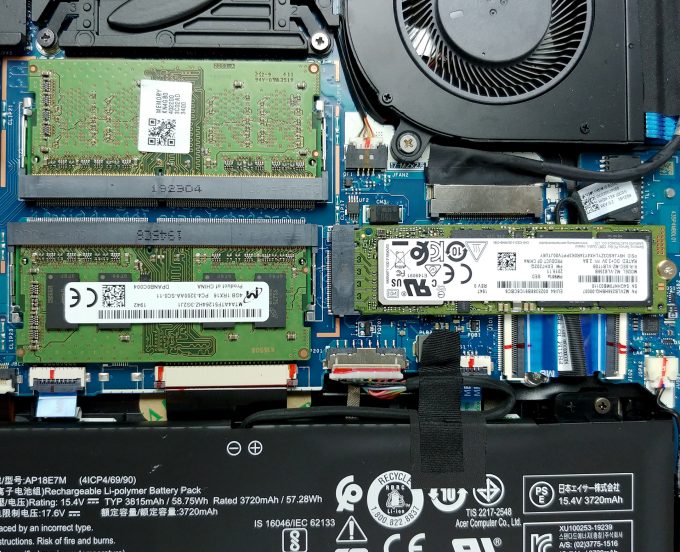 Now, let’s take a look at the cooling. It consists of three heat pipes, one of which is common for both the CPU and the GPU. However, despite the low amount of heat pipes, you can see a total of four heat sinks. This, combined with the huge fans and the pretty sizeable metal plates, placed over the VRMs and the video memory, should deliver a more than decent cooling capacity.

Check out all Acer Predator Triton 300 (PT315-52) prices and configurations in our Specs System or read more in our In-Depth review.