The Predator Triton 300 is the new boy in the Predator line-up of Gaming notebooks of Acer. Let’s see how does it look on the inside, and give you a quick run-through of its components.

Check out all Acer Predator Triton 300 (PT315-51) prices and configurations in our Specs System or read more in our In-Depth review.

What do you need to remove the bottom panel? Just unscrew the 11 Phillips-head screws and pop it open with a plastic tool. 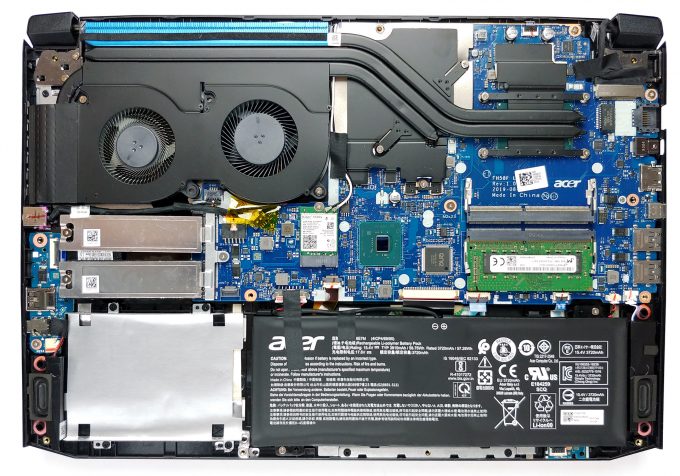 For your own safety and that of the machine, remove the battery connector before you proceed with upgrading your machine. The unit itself is a 58.75Wh one and can be removed by unscrewing two screws.

In terms of upgradability, we are looking at another champ here. It can be upgraded with up to 32GB of DDR4 memory via two RAM DIMMs, while the storage department features a 2.5″ SATA drive, as well as two M.2 slots. For now, there is no information about RAID 0 support. 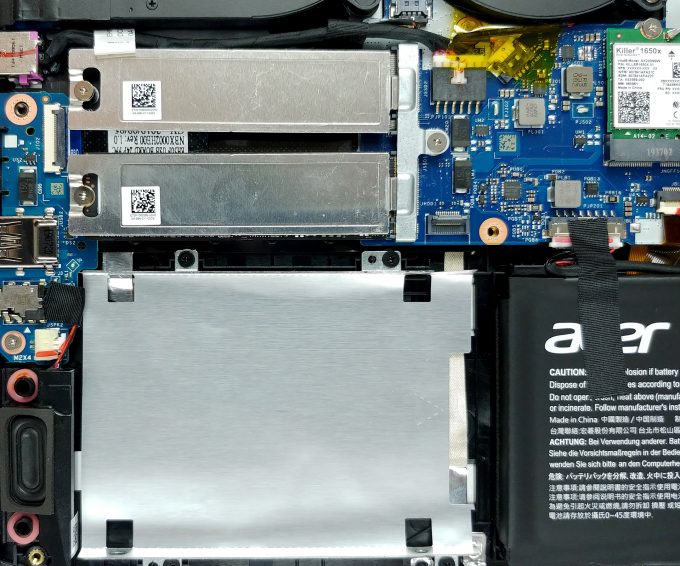 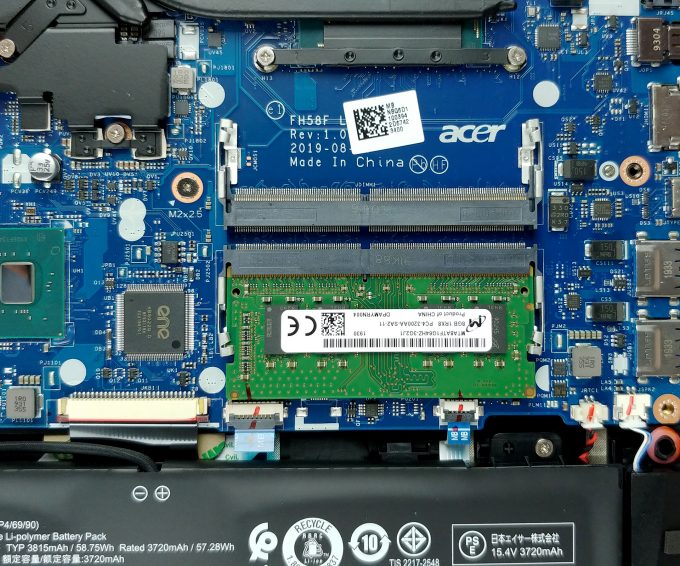 As far as the cooling is concerned, it pretty much copies those of the Helios 300 (PH315-54) and the Nitro 5 (AN515-54). It features three heat pipes – two are cooling both the CPU and the GPU, while the third is only attached to the graphics card. What is interesting here is that the second fan is actually coming from the 4th Generation AeroBlade 3D technology and is made out of metal.

Check out all Acer Predator Triton 300 (PT315-51) prices and configurations in our Specs System or read more in our In-Depth review.