Inside Acer Nitro 7 (AN715-51) – disassembly and upgrade options

Acer Nitro 7 (AN715-51) was the first laptop with a GTX 1650 we ever tested. As a such, we really didn’t know what to expect from its cooling and how the actual design was going to look like. Now we took it apart and you can see everything on its inside.

Check out all Acer Nitro 7 (AN715-51) prices and configurations in our Specs System or read more in our In-depth Review.

After we take all of the 11 Phillips-head screws from the aluminum bottom plate, we only need to pry it open. However, first, we can take a good look on the plate itself. As you can see there are numerous “Hot surface” stickers around it and they are no joke. They match the heat pipe path almost perfectly. 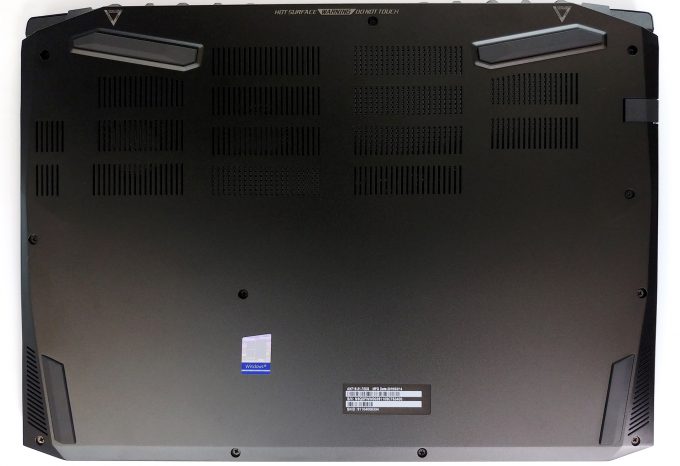 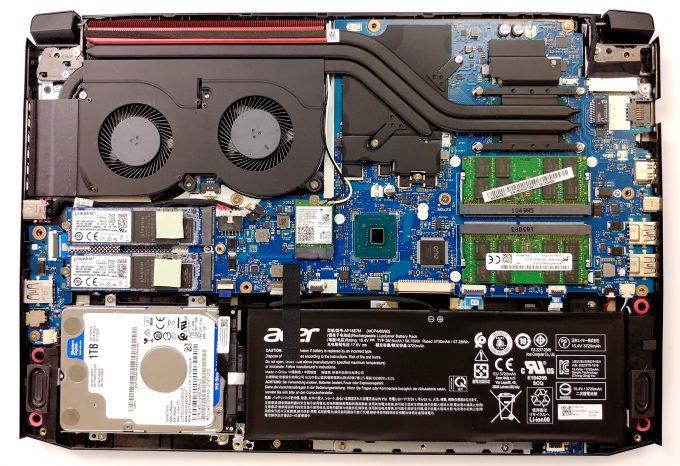 Nitro 7 (AN715-51)’s battery is held in place by two Phillips-head screws mounted diagonally for maximum support. The rest is just plastic brackets. Remember to unplug the cable (located beneath black tape) and be careful with doing so, because it is very fragile.

Acer has decided to up their game with the Nitro laptops. In addition to having a dedicated SATA connector, they provide you with not one, but two M.2 PCIe ports, that support RAID 0 connectivity. Memory-wise you can crank it up with a maximum of 32 GB of DDR4 RAM with speeds up to 2667 MHz. 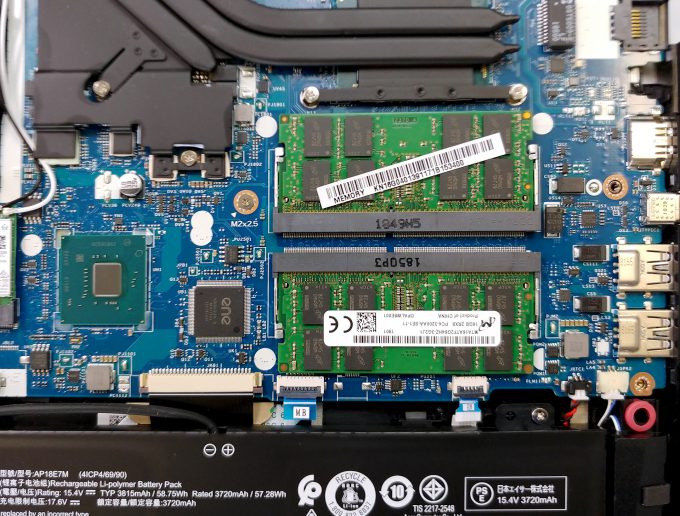 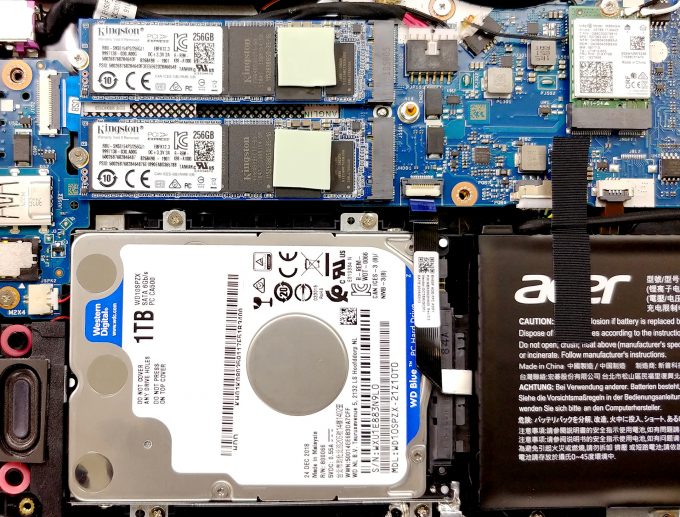 Opposing the improvements in the memory department, we didn’t see any significant change (compared to last year’s Nitro 5 laptops). It utilizes a total of three heat pipes, two are shared between the CPU and the GPU. There is an additional one only connected to the graphics card but in general, it is not a very good design. Since all the heat that comes from the CPU is going to inevitably travel through the GPU, manufacturers (through the firmware) have to emasculate the CPU’s performance in order to give enough headroom for the GPU to breathe.

Check out all Acer Nitro 7 (AN715-51)prices and configurations in our Specs System or read more in our In-depth Review.