Inside Acer Nitro 5 (AN515-55) – disassembly and upgrade options

This is another year where we see the Nitro 5 struggle to cool down its components adequately enough. However, it has a decent upgradability package, and Acer provides stickers inside the box, making it great for personalization.

Check out all Acer Nitro 5 (AN515-55) prices and configurations in our Specs System or read more in our In-Depth review.

Since there are no service lids here, you need to remove the entire bottom panel to access the internals. First, remove all 11 Phillips-head screws. Then pry the panel with a plastic tool and lift it away. It’s as easy as that. 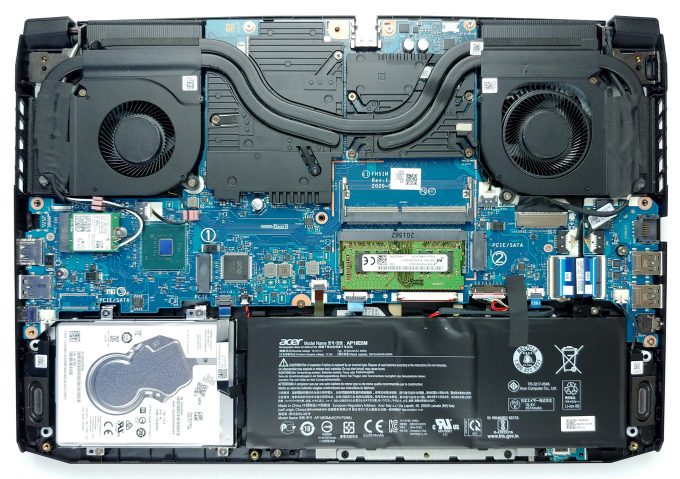 Here, the battery is slightly downgraded from last year. It has a capacity of 57.47Wh, compared to 58.75Wh for its predecessor, roughly resulting in the whopping 1Wh decrease year on year.

In terms of memory, this device supports up to 32GB of DDR4 RAM with a maximum frequency of 2933 MHz. However, the storage compartment is more impressive. You get two M.2 slots that can work in RAID 0 mode. They are designated by numbers on the motherboard, stating that number 1 supports PCIe drives only, while number 2 can hold both PCIe and SATA drives. Not in the last place, there is a 2.5″ SATA drive bay for your gaming libraries. 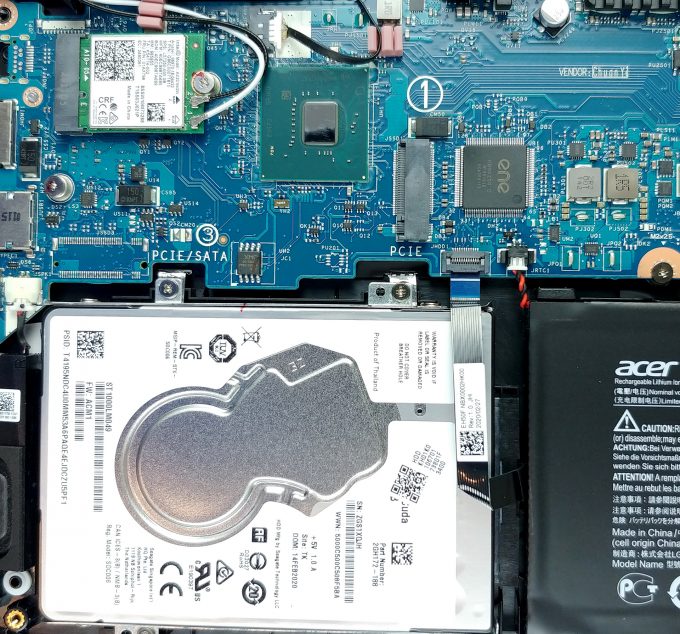 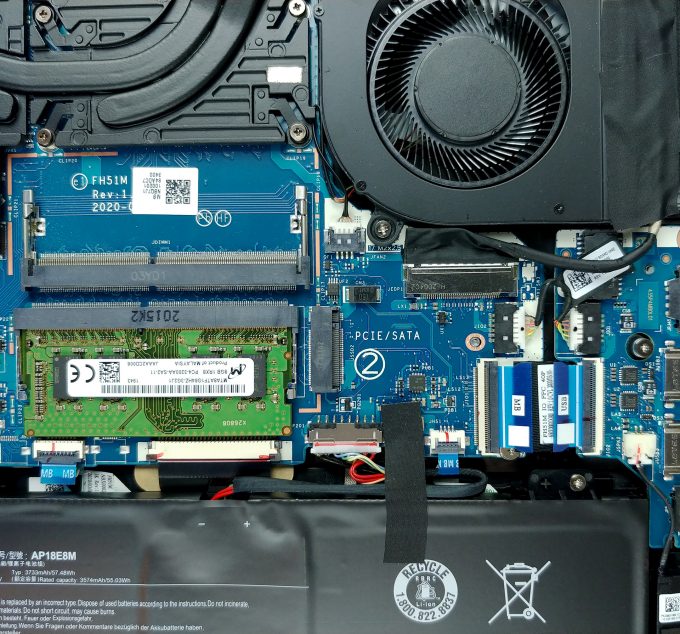 And what a surprise, the cooling is pretty much the same we saw on the Predator Triton 300 (PT315-52). There are three heat pipes and four heat spreaders, and the only difference between the two laptops is that the Nitro 5 uses two plastic fans, whereas the Triton 300 has a plastic and a metal one. Additionally, there are two cooling plates, located above the video memory and the VRMs.

Check out all Acer Nitro 5 (AN515-55) prices and configurations in our Specs System or read more in our In-Depth review.