Inside Acer Nitro 5 (AN515-54) – disassembly and upgrade options

Nitro 5 (AN515-54) is part of a new generation mobile devices, that is set to feature the latest NVIDIA GeForce GTX 16xx and the 9th Gen. Intel H-series CPUs. Additionally, we saw it perform great with its 144 Hz screen, but what about the upgradability of the device? Let’s find out.

Check out all Acer Nitro 5 (AN515-54) prices and configurations in our Specs System or read more in our In-depth Review.

Nothing unexpected here as the disassembly process starts with unscrewing 11 Phillips head screws and prying the bottom plate out of its place. As you can notice, Acer ditched the service lids so you need to remove the whole plate even if you want to upgrade only the memory. However, they have made easier removing the bottom plate itself, so we are keen to believe they have made the right choice. 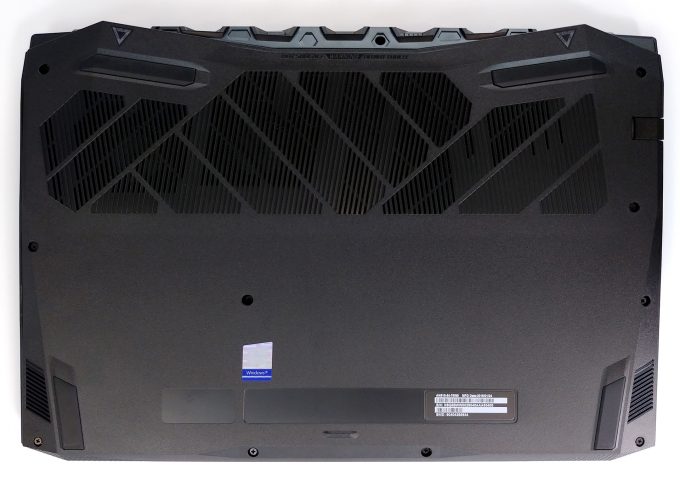 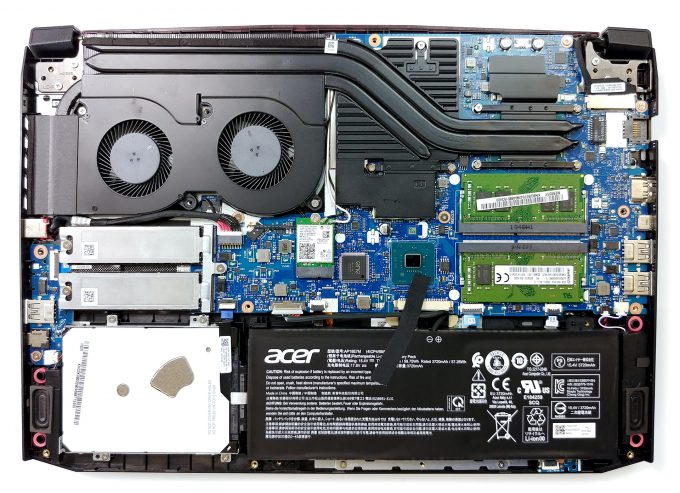 This laptop is equipped with a 58.75Wh battery pack, which is only held in place by some clips – no screws whatsoever. Additionally, the cable that connects the battery to the motherboard is fixed in place with some tape. As far as battery life is concerned, we were able to extract around 8 hours of web browsing and video playback, which is a great result for a gaming laptop!

In this section, you can see one of the strongest selling points of the Nitro 5 (AN515-54) – the storage upgradability. It features a SATA connector as well as two M.2 NVMe-enabled slots, that support RAID 0 – rarely to be seen in a rather budget gaming hardware. In addition to that, you can equip the notebook with a total of 32GB of DDR4 memory working at 2666 MHz. 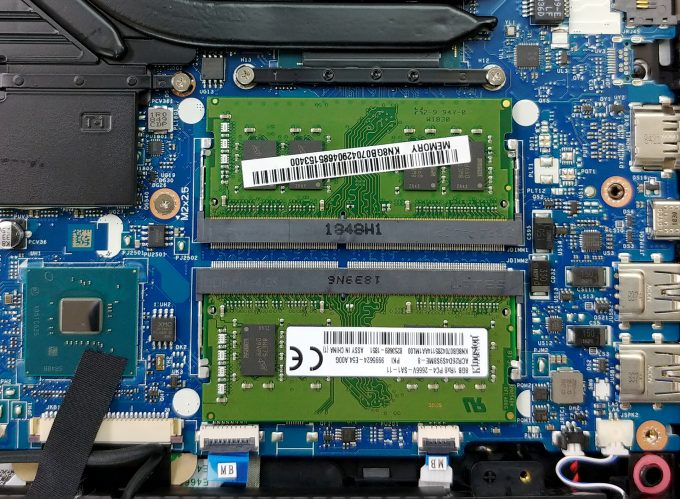 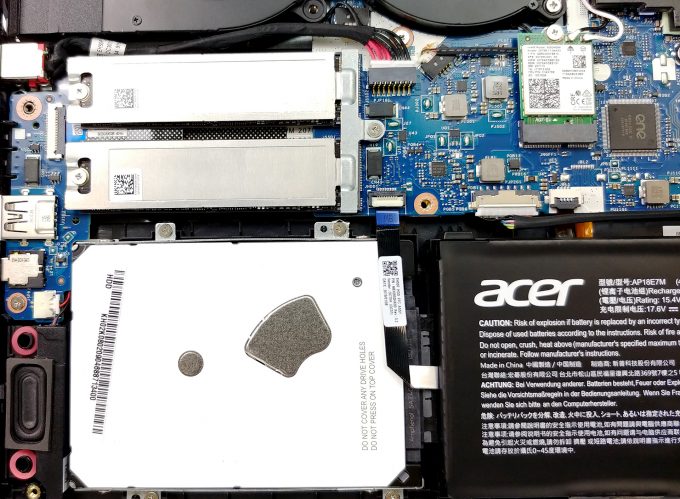 Nitro 5 (AN515-54) is utilizing the same cooling design as its predecessor. A couple of heat pipes shared between the CPU and the GPU, while there is one more only dedicated to the graphics card. Despite the fact that Acer has put a large plate on top of the GPU VRMs and memory, this design is not the most efficient one. Especially, in extended periods of gaming, where the heat from the CPU has nowhere to go, except towards the graphics card.

Check out all Acer Nitro 5 (AN515-54) prices and configurations in our Specs System or read more in our In-depth Review.