We were rather disappointed by the Aspire 5 (A515-52G), especially as its predecessor – the Acer Aspire 5 (A515-51G) was such a good multimedia laptop. However, the former has some strong cards in its sleeves, with the most notable being – the form factor of the device and the pleasant keyboard experience. Additionally, it has good upgrade options. Take a look!

Check out all Acer Aspire 5 (A515-52G) prices and configurations in our Specs System or read more in our In-depth Review. 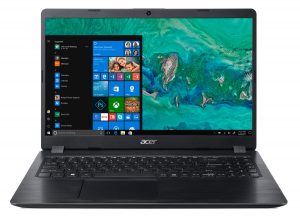 If you want to access the internals you need to remove the bottom plate – this year there’s no service lid for the RAM. After you unscrew the 10 Phillips-head screws, you need to pry the fragile plastic up. Be careful, because the material is very susceptible to scuffs and marks. 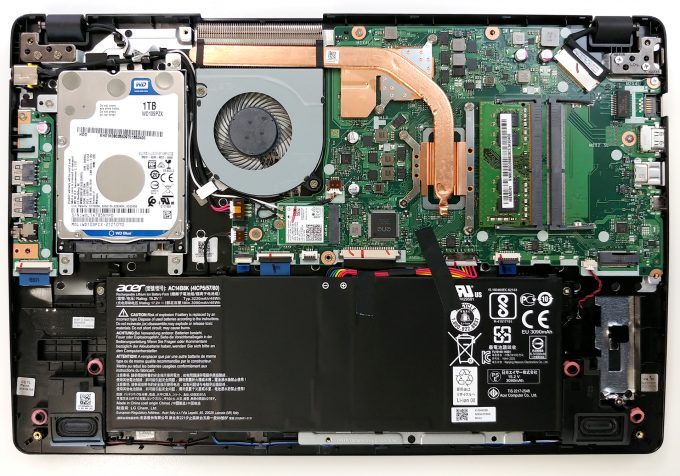 In order to start removing objects from your laptop, we recommend cutting the power supply – e.g., disconnecting the battery. If you want to remove it, however, you need to unscrew further two Phillips-head bad boys. The battery itself is rated at 48Wh, and despite it is the same we found on its predecessor (known for good battery life), the notebook has poor longevity under battery power – no more than 4 hours and 15 minutes.

Memory-wise there are two RAM DIMMs which support up to 32 GB DDR4 memory. As for the storage, there are the mandatory lately M.2 NVMe-enabled slot and a SATA connector, located on the other side of the cooling assembly. 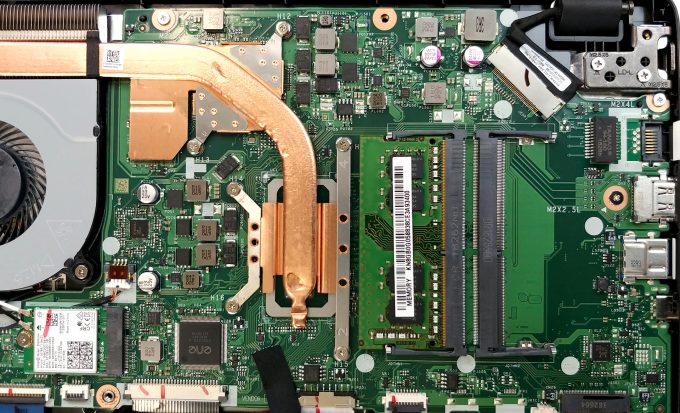 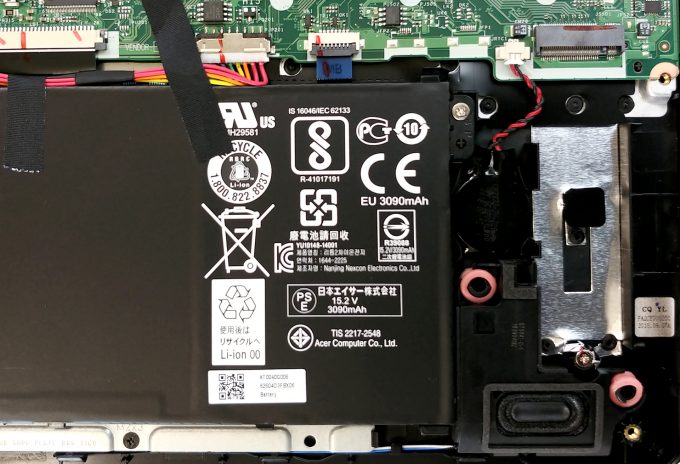 Speaking of which, the cooling here has a super simple design – just a single, super short heat pipe. It cools both the CPU and the GPU, which ultimately is a disadvantage, since the heat coming from the CPU is going directly at the GPU, before going to the heatsink. Additionally, if you want to change the thermal paste of this device, you have to unscrew four Phillips-head screws, that attach the CPU plate to the motherboard, two more of the same type, keeping the GPU plate in place and further two securing the fan. 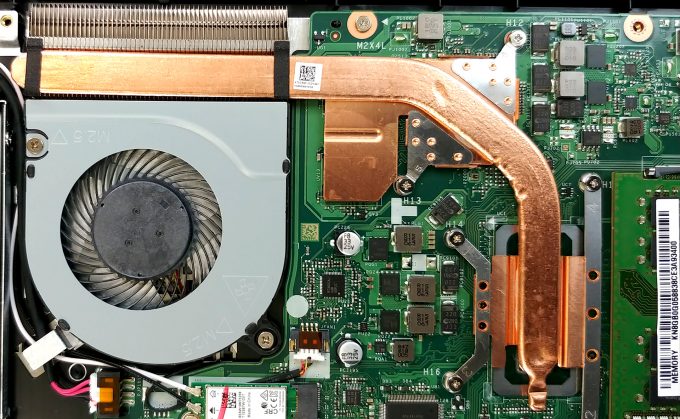 Check out all Acer Aspire 5 (A515-52G) prices and configurations in our Specs System or read more in our In-depth Review.