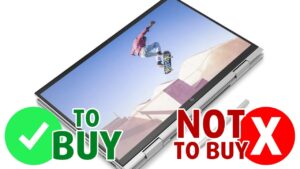 With big shoes to fill, the HP Envy x360 15 (15-es1000) better come prepared and ready to impress, because it will be hard to top off its predecessor, which had an amazing display for color-sensitive work, along with great performance from the Ryzen 5000U-series processors.

Will this Tiger Lake U-variant impress us to the point where we recommend it over its AMD counterpart? For further detail, you can read our detailed review, in which we have thrown every single test at the device’s body, hardware, and display. 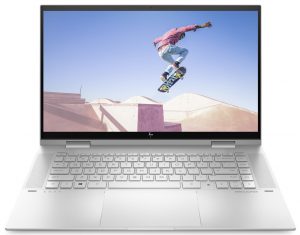 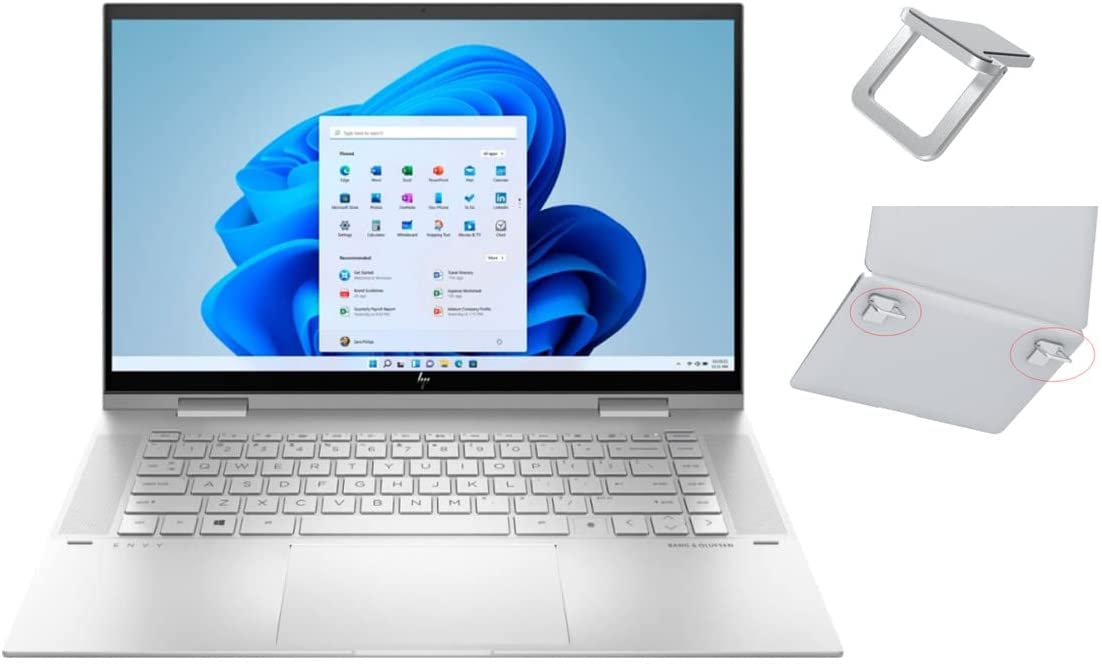 Typical of an Envy device, we have an aluminum chassis that looks spectacular but cannot pride itself on fantastic build quality. There are some flexes and twists but on average, the body is still more durable than that of the 13-inch Envy x360, which we reviewed here. The design uses rounded edges, corners, and a debossed HP logo, which has been updated and looks sleeker and bolder. In terms of weight and height, the laptop stops the scales at 1.82 kg and has a profile of 18.4 mm.

The keyboard here also has a fingerprint reader, situated on the right of the control key. In terms of its quality, the unit has decently-long key travel and clicky feedback. It also has a backlight with two brightness levels. The Numpad is missing, but at least you have two large speaker grills. Below it, we have a smooth surfaced touchpad, that is precise and accurate. 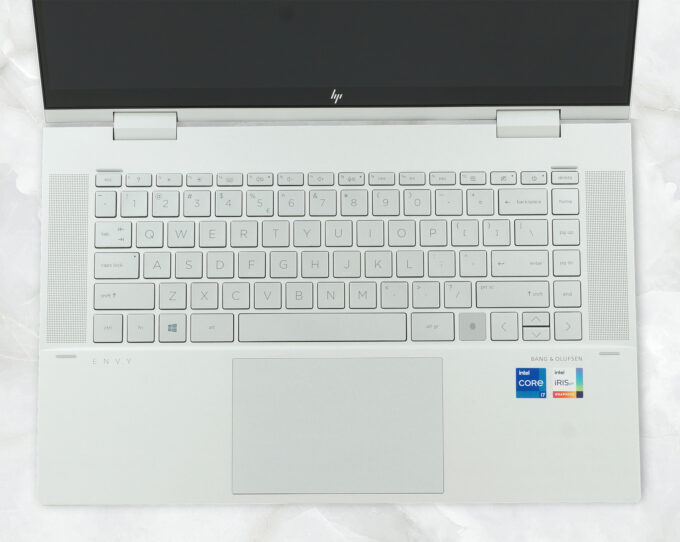 We were surprised to find out that the device sports two SODIMM RAM slots and a single M.2 PCIe x4 drive slot. 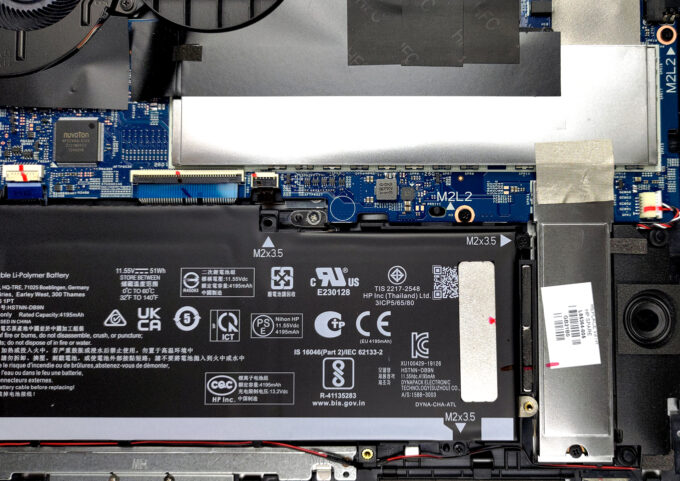 Here is our detailed teardown video, which shows how to access both the RAM and SSD slots.

With a 51Wh battery unit and a Tiger Lake U-series chip, we have pretty good battery life, but the Web browsing time did have us taken aback. The laptop lasts for 6 hours and 46 minutes of Web browsing, or 10 hours and 50 minutes of video playback. Now, we conduct the battery tests with Windows Better performance setting turned on, screen brightness adjusted to 120 nits, and all other programs turned off except for the one we are testing the notebook with.

For cooling, we have a pretty minimal solution with a single fan and one heat pipe.

In this test we use 100% on the CPU cores, monitoring their frequencies and chip temperature. The first column shows a computer’s reaction to a short load (2-10 seconds), the second column simulates a serious task (between 15 and 30 seconds), and the third column is a good indicator of how good the laptop is for long loads such as video rendering.

The cooling pad did help increase the clock speeds, but the temperatures remained the same in the first stages of the test, but in the end, there was a significant difference between the laptop with and without it.

Due to the short rubber feet on the bottom, the laptop doesn’t give its fan enough clearance, thus having it spin at higher RPMs, which gives off excess noise. The hotspot is at the WASD area of the keyboard, reaching 42.1°C. 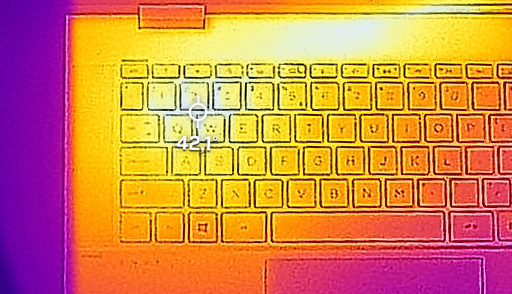