Yet another battle between laptops is awaiting you. This time we are going to confront Acer Predator Helios 300 (15″) vs Lenovo Legion Y720.

Hardware-wise, Lenovo Legion Y720 sports 8th generation Intel Core ULV processors that not only have less energy consumption but are also fairly powerful thanks to their renewed Kaby Lake Refresh architecture. As far as the graphics part is concerned, both laptops come with NVIDIA GeForce GTX 1060, however, Lenovo Legion Y720 comes with two other options – AMD Radeon RX 550 (Laptop) (4GB GDDR5) and AMD Radeon RX 560M (4GB GDDR5). In terms of memory capacity, there is no difference as both devices provide up to 16 GB of RAM. Moving on, the two laptops offer the same display option – a 15.6-inch Full HD (1920 x 1080) IPS panel. The difference comes in the overall dimensions. Acer Predator Helios 300 (15″) is the more portable laptop with a 2.70 kg (6 lbs) construction that features a 27 mm profile. Another contrast between the two notebooks is that Lenovo Legion Y720 is fully made of aluminum. 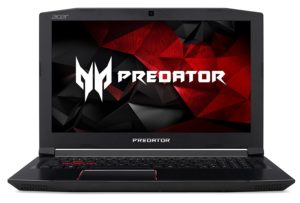 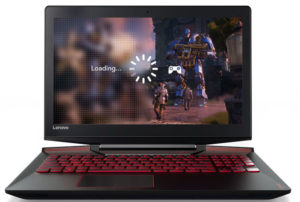