Probably a lot of you were hesitating which CPUs are better – Intel or AMD. And the same goes for the GPUs – NVIDIA or AMD? Actually, these kinds of questions don’t have a proper answer. The main reason is that things are dynamically changing with every new generation of CPUs and GPUs. But let’s solely focus on the processors because that’s the reason that we decided to write this article.

Of course, there are different CPU classes that offer a corresponding performance to their end price. In the past few years, the AMD Ryzen processors have dramatically changed the market for good. The first mobile Ryzen generation (Zen+) was a decent start – most of these chips were combining good performance with decent efficiency alongside an attractive price.

The Zen 2 generation was (and it’s still is) a real threat to Intel’s products because the second-generation Ryzen mobile CPUs come with bumped performance and super-fast iGPUs and that is a great combo for people who don’t need a fast dGPU but they still play some games from time to time.

This year we saw the new Zen 3-based laptops. The new AMD CPUs offer even better single and multithread performance while keeping the integrated video cards from the previous generation under the hood. On the other hand, Intel is still selling 14nm processors and the direct competitor to the non-U Zen 3 CPUs is the Intel Comet Lake-H processors.

It’s clear that AMD definitely has the upper hand when it comes to productivity. If you plan to use your machine for something heavier than some regular tasks like watching videos and browsing the net it seems that AMD is the right choice in this situation. Recently we got our hand on two high-end devices, both equipped with a 130W version of the NVIDIA GeForce RTX 3070. The difference is the platform – the first laptop comes with a Ryzen 9 5900HX and the second one is equipped with an Intel Core i7-10750H. In short, the AMD CPU is an 8-core beast with 16 threads while the Intel chip has 6 cores and 12 threads and it origins from the good old Core i7-8750H.

The reason that we decided to compare the two platforms is that we saw some interesting performance gaps between the two machines when it comes to gaming. So, without further ado, let’s see which one is better for playing games.

Here are the exact specs of both test laptops: 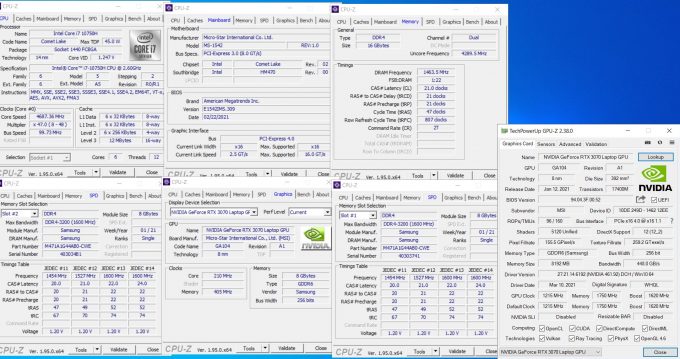 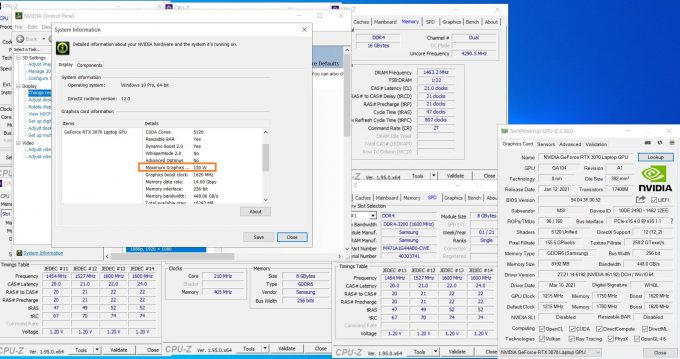 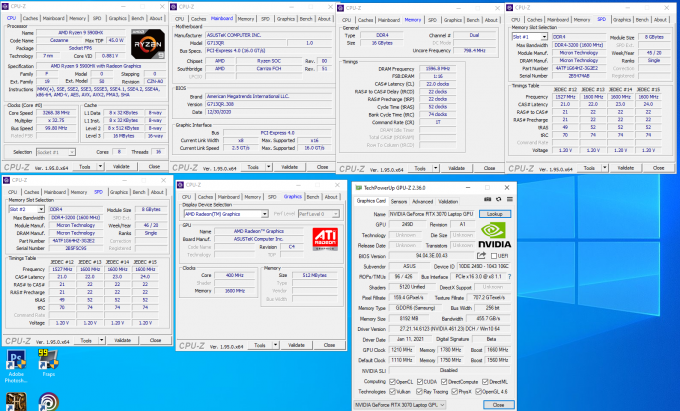 Note that the GPU that is fitted in the AMD system is a bit more overclocked compared to the one that can be found in the Intel-based system (+40MHz boost clock and +30MHz for the memory).

Believe it or not, the Intel-based machine is 10% faster on average. It’s not a huge difference but don’t forget the fact that we are comparing an AMD beast with 16 threads and a 6/12 Intel CPU that is based on a 14nm platform. So, if your main goal is to play games on your laptop, well, in this case, Intel is the way to go. Of course, the end price of a particular device is an important factor – if the Intel machine is more expensive (more than 10%) just get an AMD notebook and don’t bother.

Overall, a laptop with the AMD Ryzen 9 5900HX is (probably) a better choice if you plan to use your device for the next three or four years because this CPU has a lot of computing power and cores while the Core i7-10750H performance may be a bit insufficient for some new unreleased future gaming blockbusters. Still, even that the i7-10750H has just 6 cores, it’s based on an old 14nm tech process it manages to beat the Ryzen 9 5900HX in terms of gaming which is a respectable achievement.

In addition, we had our hand on some machines with the Intel Core i7-10870H and the gaming performance of this CPU is just great (and it’s not that bad in productivity tasks as well, but yes, the Ryzen 9 5900HX is faster overall in this scenario). This leads us to the fact that the Core i7-10870H will be an even better complement to the RTX GeForce RTX 3070 [130W] because, with this CPU, the GA104-based GPU (finally) can show its full potential. Recently we’ve tested a laptop with this a Core i7-10870H and GeForce RTX 3070 [95W], and we were quite impressed with the performance that we saw because, in some tests, this laptops manages to beat the GeForce RTX 3070 [130W] despite the fact that the GPUs has 35W lower TGP. The game-changer here is the CPU – the 8-core Intel manages to squeeze everything out of the GPU. Note that there are slight differences between the video result and the actual result in the table below it due to the fact that it’s hard to capture the best GPU score for the videos.