If we take a look at the specs sheet of the NVIDIA GeForce MX130, we will see 384 shader cores, 24 TMUs, and 8 ROPs. Built upon a 28 nm manufacturing process, the graphics card is based on the Maxwell architecture and supports DirectX 12.0. Additionally, it relies on 2,048 GB GDDR5 memory connected using a 64-bit memory bus. NVIDIA GeForce MX130 is operating at a base frequency of 1122 MHz, which can reach 1242 MHz. Also, the TDP is rated at 30W. Moving on to its rival – the NVIDIA GeForce 930MX (2GB DDR3) is part of the same Maxwell family featuring a total of 384 CUDA cores, 24 TMUs, and 16 ROPs. Based on the same 28nm process, it also supports DirectX 12. In addition, although the 930MX GPU supports GDDR5 memory, it will be most commonly found with 2GB of DDR3 VRAM using a 64-bit memory bus. The base frequency goes up to 1019 MHz, while the maximum reaches up to 1176 MHz. Also, the TDP is rated at 17 W. 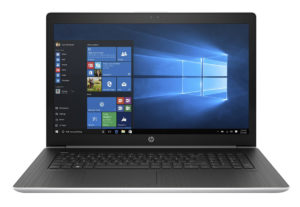 In the graph above you can see an approximate comparison between the two GPUs that can be found in Acer Aspire 5 and HP ProBook 470 G5 respectively. Judging by the results from our benchmark tests, GeForce MX130 outperforms its rival with around 39% when it comes to the Fire Strike (Graphics) benchmark. Furthermore, it shows better performance in our Unigine Heaven 3.0 and 4.0 tests (49-98% better). And that’s not all – MX130 shows 45% higher results as far as the Unigine Superposition benchmark is concerned.

In conclusion, the winner in today’s comparison should be the NVIDIA GeForce MX130 – there are no two ways about it. Showing better results in 4/4 benchmarks definitely speaks of supremacy over the opponent NVIDIA GeForce 930MX.

All laptops equipped with the NVIDIA GeForce 930MX