Sometimes a powerful GPU doesn’t necessarily mean a better one.  It all depends on the money you are willing to spend for a new laptop. Every person has its own needs. Some can just click “Play” and that’s all – they don’t care about graphics settings, resolution, and FPS. Other people are not that pretentious and they are fine with normal settings in games. On the other side are the power users who want to play games with every setting maxed out, and with higher frame times as possible – you also have to pay much more money for that kind of performance.

So, today we are going to review some of the most popular mid-range GPUs nowadays – the GeForce GTX 1660 Ti and GTX 1650. Both are based on the Turing architecture and they can deliver good FPS values on High and Very High settings in the latest game titles. Of course, one of them is faster but the question is who will need it and is it worth the extra money over the cheaper and slower one?

We have prepared a lot of results to find the right answer.

As we already said, both GPUs are Turing based. Those are GTX cards, which means no RTX capabilities and no Tensor cores for them (a trademark for the RTX lineup). The GeForce GTX 1660 Ti is based on the “TU116” silicon while GTX 1650 is equipped with the much smaller “TU117” chip.  Interestingly enough, the mobile version of the GTX 1650 features all 1024 shaders – the desktop version has only 896!

Nothing unusual, the GTX 1660 ti has much more “horsepower under the hood” than GTX 1650. It has higher frequencies, more video memory, higher TGP, more shaders, and ROPs.  In some situations, the GTX 1650 will not be hardware limited only. Its TGD will cut the power down in heavy loads, as well as the memory – some games require more than 4GB of video memory for higher settings and in those situations the frame times will drop due to insufficient amount of memory buffer. 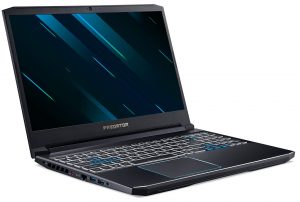 In the end, the GTX 1660 Ti is 61% faster than 1650 when it comes to synthetic benchmarks. Most of those benchmarks don’t use more than 4GB of video memory so we can see what is the difference when the memory is not the bottleneck.

Enough with the percentage difference, let’s have a look at some real numbers.

With GTX 1650 you will play GTA V with comfortable FPS on High and Very High. On Max, 31 FPS isn’t that bad but maybe there will be some hiccups bellow 30 and the gameplay will be choppy. With the GTX 1660 Ti, you can enjoy much smoother frame times, no matter the settings.

Far Cry 5 – well, the GTX 1650 delivers a good amount of FPS in every preset – even on Max, we have 56 FPS which is enough. If you need butter-smooth gameplay and you have a high refresh rate monitor the GTX 1660 Ti will do the job better.

In Rise Of The Tomb Raider, the GTX 1650 is a good performer on High and Very High setting while on Max maybe you will experience some performance dips. The GTX 1660 Ti is the better one here with a 34% better score on Max settings.

Ghost Recon: Wildlands is a heavy open-world game but, again, GTX 1650 got some decent results on High and Very High. The GTX 1660 Ti performs better in every situation.

Shadow Of The Tomb Raider – with Max settings applied, the GTX 1660 Ti is a whopping 53% faster than its smaller rival. The GTX 1650 will do a good job on the lower presets.

Both GPUs perform very well in Rainbow Six Siege. Yes, the GTX 1660 Ti is faster, but 1650 delivers a good amount of FPS even on Max.

Yes, the GTX 1660 Ti is way faster when compared to the GTX 1650. Just look at the tables above and you will see it by yourself. On “High settings” the difference is 39% but when you apply “Very High preset” things are getting ugly for the “TU117” based GPU because the requirements for memory are higher, and the memory bus is important in this case – the GTX 1650 has a 128-bit one. It’s not about memory only, the GTX 1650 doesn’t have that much hardware power inside. Interestingly, with “Max settings” applied, the difference is 39% (very close to 38% with the High preset) which shows that even the GTX 1660 Ti is starting to struggle a bit.

In terms of performance, the GTX 1660 Ti is a clear winner. The GTX 1650 ti is a good performer for High and Very High settings. By the way, the difference between picture quality on Very High and Max settings is not that big and sometimes you need to take a close look to see it. The GTX 1650 is a good GPU and delivers smooth gameplay if you don’t need max eye-candy picture.

When it comes to prices, the differences aren’t small and you have to pay a decent amount of money for a configuration with GTX 1660 Ti over the price tag of a GTX 1650 one. If the bucks are not a problem just get the faster GTX 1660 Ti – it will handle the future games better and for a long time too. The GTX 1650 is a good price/performance choice for gamers who don’t need max picture quality – and the notebooks with it are significantly cheaper.

It’s up to you to decide which one is better for your needs and it depends on how deep your pockets are.

All laptops equipped with the NVIDIA GeForce GTX 1660 Ti

All laptops equipped with the NVIDIA GeForce GTX 1650