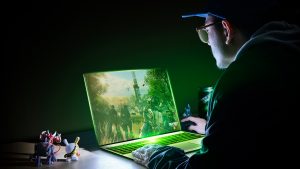 Recently, we were able to try out almost every each of the new Turing RTX laptop GPUs. However, there was a handful of graphics cards that were patiently waiting for their official reveal. Today, we had our first look on the Turing chips, that don’t include RT cores inside. In fact, it is the low-end model – the GeForce GTX 1650. So, naturally, we have decided to place it against the base GTX 10xx GPU.

Let’s start with the good ol’ GeForce GTX 1050. Back in the day it was launched, with its Pascal architecture, it brought unprecedented performance for the Watt. It is built on a 14nm manufacturing process and uses has 640 CUDA cores. Contrary to this, the Turing GPU of GTX 1650 is built on a smaller – 12nm process, while the CUDA count is significantly higher – 1024.

As you can see, the GTX 1050 is not even a competition for the cheapest of the Turing options. In raw benchmarks, the GTX 1650 performs up to two times better than its rival. 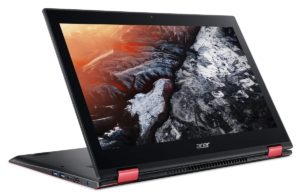 The real-life gaming performance is matching what we saw in the benchmarks – a clear win for the GeForce GTX 1650.

There is no second opinion here – the GTX 1650 is the victor here. Moreover, with a significant margin. Soon we’re going to compare it to a more capable performer in a hope to find the budget champion of 2019.

All laptops equipped with the NVIDIA GeForce GTX 1050 (4GB GDDR5)