We continue with our comparisons of processors. This time on the one side of the boxing ring is Intel Core i3-8130U, while for its rival we have chosen Intel Core i5-7200U. Without further ado, let’s see how they stack up against each other.

For starters, Intel Core i3-8130U is based on the Kaby Lake Refresh architecture featuring a total of 2 cores and 4 threads. In addition, it is manufactured through a 14 nm process and supports the HyperThreading technology. The chip ticks at 2.20 GHz base frequencies and can reach up to 3.40 GHz turbo speed. Other specifications include 4MB last level cache, a dual-channel memory controller supporting LPDDR3-2133 or DDR4-2400 and relatively low TDP of 15W. The processor is also paired with the integrated Intel UHD Graphics 620 clocked at 300-1050 MHz. Now let’s take a look at its rival. Intel Core i5-7200U is part of Intel’s Kaby Lake generation processors utilizing a 14nm manufacturing process. Featuring 2 cores and 4 threads just like its opponent, the chip reaches base frequencies of up to 2.50 GHz and a 3.10 GHz turbo speed. The specs sheet is complemented by the support of the Hyper-Threading technology, 3MB LL cache, a dual-channel DDR4-2133, LPDDR3-1866 or DDR3L-1600 memory controller, as well as TDP of 15W. The integrated GPU here is also the Intel HD Graphics 620 clocked at 300-1050 MHz. 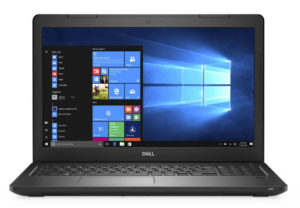 For the purposes of this comparison, we have chosen to compare the performance of the two chips found in Acer Aspire 5 and Dell Latitude 3580 respectively. Judging by the charts above, the results in our 3D rendering (tested with Cinebench 15) are really close – Intel Core i5-7200U manages to outperform its rival by just around 1%. However, Intel Core i3-8130U is 12% faster in the Adobe Photoshop test and surpasses its opponent by 5% in our raw synthetic benchmarks (tested with Fritz).

In conclusion, we can say that despite the tight race, Intel Core i3-8130U is the winner in our comparison given the results it scored in our benchmark tests.