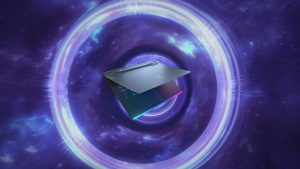 While we were testing the MSI GE76 Raider 11UH for our review we decided to try some GPU overclock as well. Why not, the graphics solution that is fitted in the laptop is the GeForce RTX 3080 (165W) which is one of the most powerful mobile versions of this graphics chip because of the hefty TGP. Actually, a 165W GPU and a laptop may sound like a little bit of a strange combination but don’t forget the fact, that there are 200W versions of the mobile RTX 2080 Super. So, maybe in the future, we’ll witness an even bigger TGP version of the GeForce RTX 3080.

As we already informed you in the review, the default power limit for the GPU was 155W but thanks to a firmware update this limit was bumped to 165W (150W + 15W with Dynamic Boost). This is pretty neat, especially for the enthusiasts – a 10W power increase for a thirsty GPU like the GeForce RTX 3080 is always a welcomed bonus, and in this case, it’ll cost you nothing – you just have to flash the new firmware.

Unfortunately, we didn’t have plenty of time for the testing, but we were able to overclock the GPU and we have done some OC tests. So, basically overclocking a mobile Ampere GPU doesn’t require a rocket scientist degree – you need to install MSI Afterburner or some other similar software that can overclock the GPU chip (most manufacturers have their own OC apps). The easiest way is to increase the core frequency slightly and to test for stability. In our case, we were using Unigine Heaven in Windowed mode at 1080p resolution with every setting bumped to the max. In Windowed mode you can access safely MSI Afterburner and you can change the frequencies on the fly.

As we said, you can try to increase the core clock as well as the memory frequencies whiteout playing with the voltage. This is the most pain-free method but by doing this, you’ll be out of TGP in a short time. Yep, the GeForce RTX 3080 (165W) is a thirsty fella and when you increase the core and memory clock greatly without decreasing the voltage, this will result in some sort of throttle and that will limit the performance gain from the OC. The best possible scenario is to undervolt the GPU and then overclock it.

The default voltage of the GeForce RTX 3080 (165W) that was hiding under the bonnet of the MSI GE76 Raider 11UH is 0.9V. We decreased this value to 0.856V and after that, we have started adding some MHz to the core. First, you have to find the limit of your GPU by overclocking the core solely, then you can do the same with the memory and when you find its limit, you can combine both clocks and if everything works you can start playing games or do some benchmarking to test additionally for stability.

We reached 1845 MHz for the core and 2063 MHz (8251 MHz effective frequency) for the memory and the GPU voltage was set to 0.856V. By decreasing the voltage, you’re freeing more TGP for the increased clocks. To do so, you have to start MSI Afterburner, pres Ctrl+F and you’ll see the voltage curve editor. The editor isn’t complicated – on the left are placed the possible GPU boost states, on the bottom you’ll see the corresponding voltages, and in the middle is situated the curve with the core clock states. The easiest way is to not play with every state and just use the default values of the whole curve. 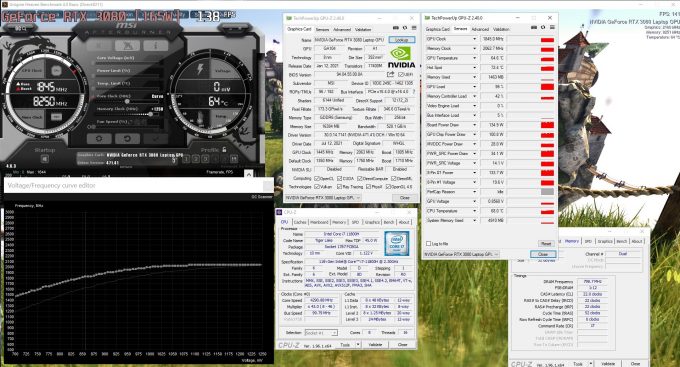 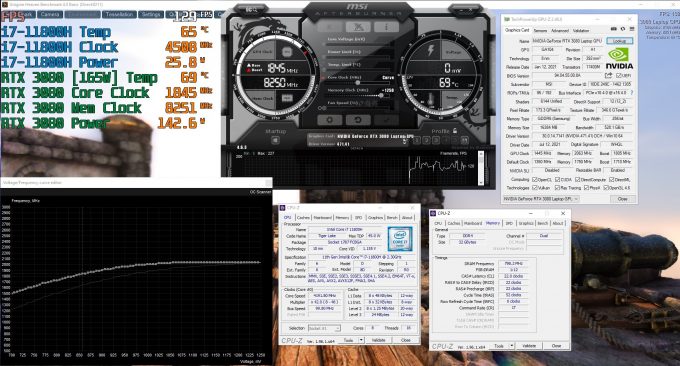 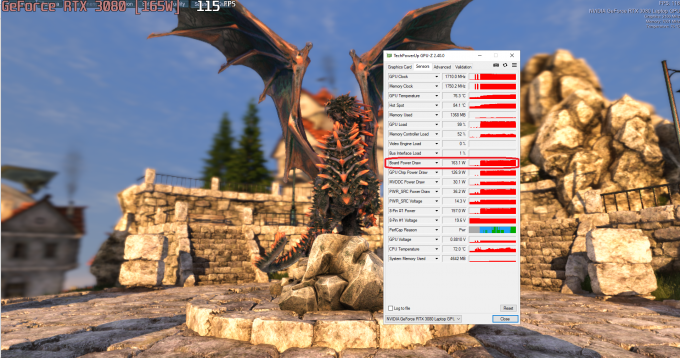 Let’s use our clock for example – click on the little square dot that is placed above the 0.856V indication while the Ctrl key is continuously pressed and start to move the whole curved upward until you reach the desired core clock on the left side (in our case it’s 1845 MHz). After that, just press the “L” key and a horizontal line will appear – this line marks and locks the voltage alongside the core clock (keep in mind that thanks to NVIDIA’s GPU Boost, the voltage, and the core clock can drop down additionally their states after a certain state of temperature or power consumption is reached). The next thing you have to do is to close the curve editor and hit “Apply”.

We decided to turn MSI’s Cooler Boost on because that will ramp the fans and this will give us more stability. Without further ado, let’s check the gains from the overclock. We’ll start with some 3DMark results.

We record a video as well, we used Red Dead Redemption 2 on Ultra Quality to makes sure that the TGP will stay as full as possible. This time, the gained performance was +8% which sounds like a decent increase for an overclocked laptop GPU. Keep in mind that this is a side-by-side video – on the left is the default configuration with stock clock and fan speed and on the right, you’ll see the info from the overclocked machine. 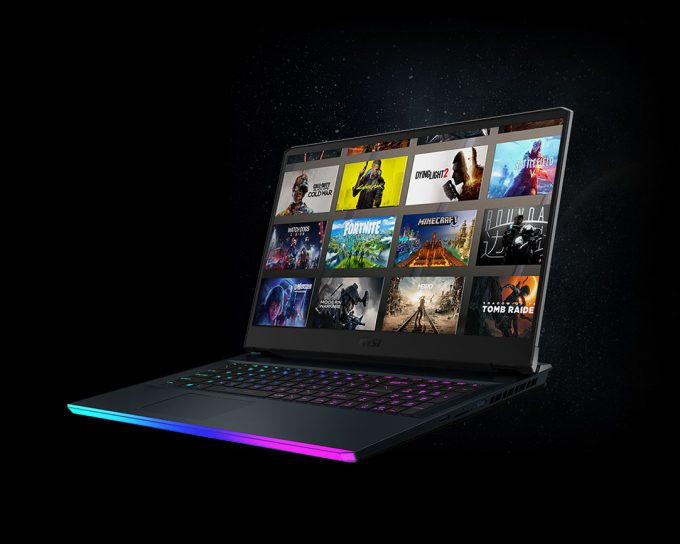 That was all for today guys – we got a +5% performance increase in 3DMark Fire Strike and an additional 8% FPS boost in Red Dead Redemption 2 on Ultra quality. Not bad at all for a laptop, this is our first try where we can see such a big FPS boost after overclocking a laptop.

One of the reasons for this is the good cooling of the MSI GE76 Raider 11UH, the MSI’s Cooler Boost function that can help a lot in this scenario (lower temperatures lead to better stability), and of course – the hefty 165W TGP which is probably the biggest game-changer when it comes to mobile GPU overclocking.

Actually, in some games, the used TGP is fluctuating around 140W but with our overclock profile it goes over 155W which means that if you use the default MSI GE76 Raider firmware, the GPU core can start to throttle its frequencies because of the reached TGP limit and probably high temperatures. Just keep in mind that the 165W TGP isn’t a guaranteed value – you have a 150W video TGP and up to 15 additional watts which depend on the CPU load. 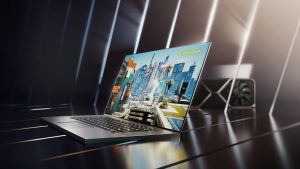 overclocking their expensive laptops. With such a big TGP you can squeeze more performance out of the already powerful GeForce RTX 3080 (165W).

Interestingly, just before the deadline for returning the laptop, we overclock the GPU even more – we achieved an 1875 MHz core clock with 0.87V but we did not have time to test for stability and to do some benchmarks. We just want to say, that as always, there is room for even more performance if your device can handle the bumped frequencies – you just need a lot of time for stability testing.

So, if you already have an MSI GE76 Raider 11UH and if you’re not scared to overclock the GPU you can try it on your own, it’ll be fun.

You can check the in-depth review of the laptop here, and you can find 43 gameplay videos with benchmarks of the GeForce RTX 3080 (165W) in this article.