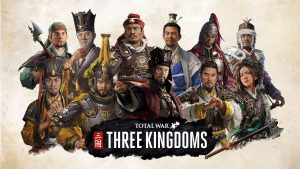 When it comes to turned-based strategy games, the Total War saga is one of the good games in this genre. If you like this kind of entertainment, the Three Kingdoms installment perhaps can offer you tons of fun for long hours.

The battlefield is filled with a lot of soldiers and when you add special effects and other things like hundreds of flying arrows in the mix, this game punishes your hardware as hard as it can be. This one not only needs a powerful video card but it’s a CPU-intensive title as well.

Okay, Low is a bit ugly-ish but if you need 100+ FPS you don’t have another choice (at least with the GeForce GTX 1650). Medium offers decent picture quality and even GeForce GTX 1650 [40W] is able to show 60 FPS on average. At least for is, this is the ideal video preset for both video cards.

High add more details to the table but it takes away performance points as well – the 40W GPU scores 36 FPS and its bigger sibling is 22% faster which leads to a bit smoother gameplay. We can’t recommend using Ultra quality with either of these two GPUs – the FPS is too low for normal gameplay.