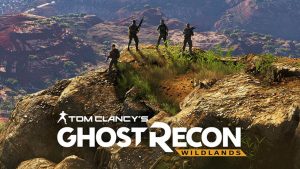 Tom Clancy’s Ghost Recon Wildlands is being around since 2017 but it’s still a well-known Ubisoft game. The player is sent into a big open world and the main goal is to stop the cartel that is terrorizing the local citizens.

GeForce GTX 1650 [40W] struggles to deliver a 60FPS experience on Medium settings while the GeForce GTX 1650 [50W] can achieve 61FPS on High preset. Further down the road, Very High looks passable for both siblings while Ultra is a bit too heavy for the 40W GPU.

In the end, we can say that with these two GPUs you can play Tom Clancy’s Ghost Recon Wildlands without hiccups if you lower the visual settings. Medium and High are the best possible compromises when it comes to performance and video settings. However, the GeForce GTX 1650 [50W] is around 20% faster on average when compared to its 40W contender.