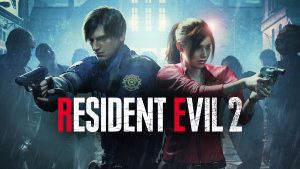 Resident Evil is a remake of the original title that was released back in 1998. The new one debuted in 2019 and it uses the RE Engine which was utilized in the previous game as well. Sometimes this game is scary as hell (at least for us), the gameplay is full of a lot of intense scenes, and the decent graphics contribute to the whole scarcely beautiful atmosphere.

Another good thing is that Resident Evil 2 isn’t a very demanding title when it comes to hardware. Sure, it’s not CS:GO-light but most of the inexpensive GPUs can handle it. Expectedly, we’ll show you what the two TGP versions of GTX 1650 can deliver when you fire up this game.

First of all, the GeForce GTX 1650 [50W] is around 23% faster when compared to the 40W GPU. While the latter can almost achieve 60 FPS when every visual setting is turned on, the 50W variant can even go up to 71 FPS. Nevertheless, as we said, Resident Evil isn’t too heavy and as you can see, both video cards are able to show respectable FPS values.

By the way, even on “Performance”, the game doesn’t look bad at all which makes it a good choice if you have a 120 Hz or 144 Hz panel because the GeForce GTX 1650 [50W] is able to show almost 120 FPS when this graphics preset is applied.