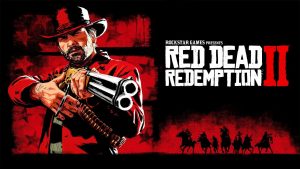 Red Dead Redemption 2 is a gaming blockbuster created by Rockstar Games. Just like GTA V, the game is super successful because it offers interesting gameplay full of missions, side quests, and other challenges. Once again, just like in GTA, there is one huge world that can be roamed freely and you decide which missions to pick and what to do in most situations.

Here, you can ride only horses because the game is set in the Wild West era. Red Dead Redemption 2 has good graphics but the great visual quality comes at a price – if you want to bump all settings to the max, you have to own a powerful machine. For this comparison, we have prepared two Ampere GPUs – the NVIDIA GeForce RTX 3080 (130W) and RTX 3060 (130W).