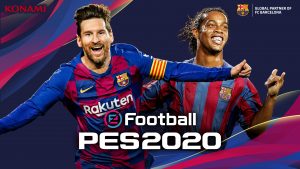 Everyone calls this game PES 2020 but its actual full name is eFootball PES 2020 (or even eFootball Pro Evolution Soccer 2020). Apart from that, this is the 19th installment of this title. The PES series is a very liked and a well-known competitor to the FIFA games. Unlike FIFA, the 2020 version of PES is heavier on hardware resources but at the same time, it offers a bit more detailed graphics.

However, being graphically heavier than FIFA doesn’t necessarily mean unplayable for some GPUs. Unexpensive integrated graphics solutions like AMD Radeon RX Vega 5 (C4, Ryzen 4000, 15W) can run this game on Low without any hassle. But let’s focus on the dedicated video cards. The GeForce GTX 1650 [40W, 896 CUDA, GDDR6] and the GeForce GTX 1650 [50W, 1024 CUDA, GDDR5] are here to show you what kind of performance you can expect out of these two when you want to play PES 2020.

The results are very positive for both video cards. On Low, both of them are suitable for 144 Hz panels because they can deliver 140+ FPS on average. As always, the 50W GPU is faster delivering 172 FPS – 22% more than its rival. The game shines with its detailed graphics on High and again, the two contenders perform well. The GeForce GTX 1650 [40W] hit 87 FPS and we can consider this as a decent result while the bigger sibling delivers more than 100 FPS.