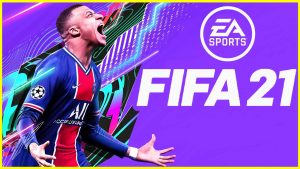 FIFA 21 is part of the FIFA series. These games are very popular because there are a lot of football (soccer) fans around the globe. You know the drill – the new version comes with updated graphics (at least in most cases), updated info regarding the players and football teams, and new game modes (probably).

FIFA 21 is based on the Frostbite 3 engine just like Battlefield V. The title looks good and it isn’t heavy at all. Let’s not waste more time, we have the NVIDIA GeForce RTX 3080 (130W) and RTX 3080 (85W) in front of us so let’s inspect their performance.

The average lead of the bigger GPU is 9%. Well, that’s something but it’s not a significant performance gap. This means that both GPUs are good performers and the 85W is doing a great job because it isn’t too far behind its bigger sibling.