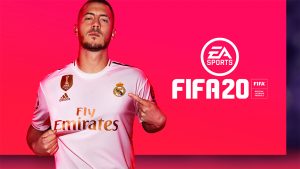 The first FIFA game was released back in 1993 – in the IT world, this can be considered as “a long, long time ago”. This series has its ups and downs but no matter what, every new game is being played by a lot of gamers every year.

Technically-wise, FIFA 20 uses Frostbite 3 engine – just like Battlefield V. Of course, the game isn’t heavy as the mentioned first-person shooter. FIFA 20 is really light on resources, and even modest iGPUs like Intel UHD G1 or UHD 630 can run it at least on Low settings.

Interestingly enough, the GeForce GTX 1650 [40W] is 31% faster compared to the 50W GPU on Low. When the settings are turned down to a minimum, probably the 40W variant doesn’t hit its TGP limit and perhaps the game takes advantage of the low-power GDDR6 memory that has different timings as well.