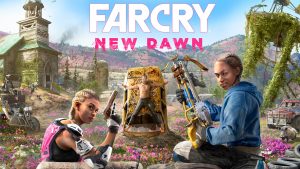 The Far Cry series is characterizing by a big open-world, decent graphics (the engine is showing its age but it’s still fine), and you have the freedom to choose what to do (missions, exploring, etc). In addition, the game includes a lot of interesting achievements, co-op mode as well as multiplayer so definitely, this game offers a lot of things to do if you’re bored to play the single-player campaign.

What about performance? Being a console port, the situation regarding the optimization of this game is “not great, not terrible”. The good news is that a hefty amount of the current-gen video cards can handle this game on High-quality mode.