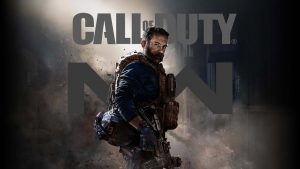 Call of Duty: Modern Warfare is a successful reboot for the series and it brings one long-awaited change – the game is based on a brand new engine. Months after the release of the title, Call Of Duty: Warzone debuted as a standalone game that features a battle royale mode. Warzone is super successful and it’s even free to play.

The new engine looks good and it’s well-optimized. Of course, for multiplayer or for battle royale, probably most players want their FPS to be as high as possible but if you aren’t too pretentious, a good modern mid-range GPU should do the job. For this comparison, we’re going to inspect the performance of the NVIDIA GeForce RTX 3080 (130W) and RTX 3060 (130W).

Don’t forget to take a look at our Top 100 Best Laptops for Call Of Duty: Modern Warfare list.

Alright, the NVIDIA GeForce RTX 3080 (130W) is 37% faster on average compared to the  RTX 3060 (130W). Yes, that’s a lot and if money isn’t a problem, the bigger GPU can offer high FPS suitable for 144Hz displays. However, the smaller GPU isn’t slow by any means, it shows respectable performance for a mid-ranger, it costs less, and if 112 FPS on Ultra isn’t enough for you, the Medium preset looks like the way to go in this scenario.