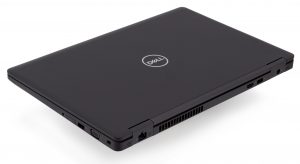 Some time ago we took a look at the Dell Latitude 15 5590. The review unit we tested had a 1080p IPS screen, 8GB of DDR4 memory and an Intel Core i7-8650U CPU. By the time we wrote the review, it was still one of the few devices on the market to feature this processor. Today we have a similar device in our office. In fact, it is the refresh of the Latitude 15 5590 and it is called… Latitude 15 5591. To complement Dell’s lack of name creativity, the device is practically the same. It uses the same body, same screen even the same placement of the internals. The only difference comes in the face of a more powerful CPU. 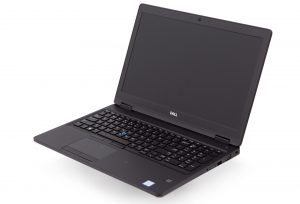 Latitude 15 5591 is no longer equipped with a ULV processor – on board we get the new Intel Core i5-8400H “vPro” CPU. It is basically the Core i5-8300H on steroids – both security and performance-wise. Core i5-8400H’s performance upgrade consists of a bump in base and boost clock speeds. The first one from 2.3 GHz to 2.5 GHz, and the latter from 4.0 GHz to 4.2 GHz. Whether this upgrade is substantial or not, it would depend on the cooling system of the device but what is more important is the vPro security platform eligibility of the new piece of hardware.

Enough dry material guys. Let’s compare these devices and see how the ULV Core i7-8650U fares against the Core i5-8400H which can draw up to 3 times more power from the cord.

Comparing the two processors solely with benchmarks is not really representative of how they fare against one another in real life. However, combining raw benchmarks with tests of the battery and the temperature goes as close as it can.

Looking at the results shows something quite impressive. While there is definitely a gap between the Core i5-8400H and the Core i7-8565U it is not as big as we expected. The Core i5 is 3-times more power hungry and only 16-26% faster in raw benchmarks and only 2% better in Photoshop. 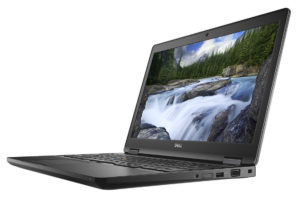 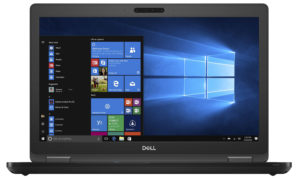 In this test we use 100% of the CPU cores, monitoring their frequencies and chip temperature. The first column shows a computer’s reaction to a short load (2-10 seconds), the second column simulates a serious task (between 15 and 30 seconds), and the third column is a good indicator of how good the laptop is for long loads such as video rendering.

As you can see from the table above, the tiny heatpipe was actually able to provide some sufficient cooling for the Core i5-8400H. Although it reached a 97C threshold quite quickly, it was able to stabilize at 82C and the impressive 2.92 GHz at the end of our test. On the other hand, looking at the previous model, equipped a low voltage CPU, the temperatures are far easier to manage.

Now, we conduct the battery tests with Windows Better performance setting turned on, screen brightness adjusted to 120 nits and all other programs turned off except for the one we are testing the notebook with. Like the rest of their hardware, both models share the same battery – a 68Wh unit.

Here we saw something pretty strange – the Latitude 15 5591 has a better battery life than its ULV Core i7 compatriot. While we are certainly impressed by the 10 hours, achievable by the Latitude 15 5590, the newer model is able to reach almost 12 hours. However, the low-voltage CPU gives you the opportunity to watch a whole season of Game of Thrones on a single battery charge, while the Core i5-8400H will eventually stop an episode and a half before the end.

No doubt the Latitude 15 5591, being equipped with the Core i5-8400H, is the faster device. Not by a significant margin, but still – faster. It also runs hotter but that is to be expected due to the higher TDP. What we were more impressed by, though, was the battery life. You can still get an awful lot of work done on a single battery charge. We can definitely recommend the Latitude 15 5591, since it features all of the pros of the Latitude 15 5590, like good build quality, adequate input devices and so on. On the other hand, if you already have the Latitude 15 5590, an upgrade won’t make any sense. This is because the difference is not big enough, especially in real life.