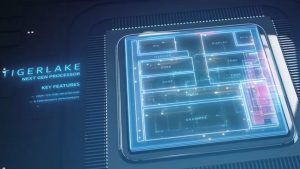 The new Tiger Lake architecture from Intel sways the ranking and shows off what that the fierce competition from AMD truly looks like it lit a fire under Intel, and they have been swinging for the fences with each of their new releases. The Intel Core i3-1115G4 is their newest addition, and it looks like it can be one of the go-to choices for budget laptops.

Today we’re here to see how big is the gap between the entry-level Core i3 and the High-end Core i7-1165G7, in terms of CPU, GPU, and Gaming performance.

Here is our Top Laptop CPU Ranking, where you can find the most powerful laptop processors.

Starting off with the CPU benchmarks, in the Cinebench 15 3D Rendering test, the Intel Core i7-1165G7 was the better processor, scoring 98% higher. As for the second 2D Rendering test with Photoshop, here the i7 was faster again and had a lead of nearly six seconds.

Moving over to the GPU tests, the i7 was better across all of them, with a 186% lead in 3DMark Fire Strike, 178% in Unigine Heaven 4.0, and 183% in Unigine Superposition. The gaming test scores were similar, with the Iris Xe Graphics G7 with 96 Execution Units, completely wiping the floor with its smaller brother.

Unsurprisingly, the Core i7-1165G7 was the undisputed winner, having better scores across both CPU, GPU, and gaming tests. Some of the percentage leads were in the triple-digit numbers, so that alone should tell you enough. The Core i3-1115G4 is still a great choice for students and most consumers, as it has enough power to do some of the most common tasks, such as Web browsing, multimedia, and even light gaming with most esports titles.