Once again we are covering Tiger Lake, this time focusing on the entry-level offering, in the face of the newly available Core i3-1115G4, which is quite the little performer, considering the price you’re paying.

No, it won’t crush benchmarks or surprise you with a record-breaking level of performance, but it is more than capable to handle daily tasks and dabble quickly in some photo editing or anything creative.

Today we are comparing it against its bigger brother, the Core i5-1135G7, to see how big is the performance gap, both in CPU and GPU performance.

Here is our Top Laptop CPU Ranking, where you can find the most powerful laptop processors.

To begin with the CPU results, in the 3D Rendering test, the Core i5-1135G7 was the better CPU, managing to score 49% higher than its little brother. In Photoshop, results were similar, with the Core i5 completing the test with a lead of more than three seconds. 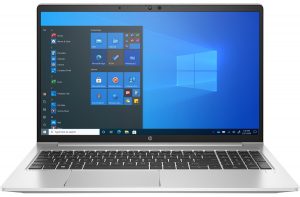 Continuing on with the GPU tests, across all of them, the Iris Xe Graphics G7 performed better. To go into detail, the iGPU was 47%, 35%, and 65% better in 3D Mark Fire Strike, Unigine Heaven 4.0, and Unigine Superposition respectively. Respectively, the difference in real-life gaming goes from 10% to 47%, depending on the game and the graphics settings.

To conclude the results from above, when it comes to benchmarks, both CPU and GPU, the Core i5-1135G7 was undoubtedly the better CPU. Even in gaming (of course, AAA titles are pretty much out of the question), the integrated graphics inside the Core i5 has the edge as well. So if you want to dabble in more creative work or design, the i5 will suit you better, but if you’re just going to be using the device for browsing and multimedia, the i3 will still get the job more than well done.